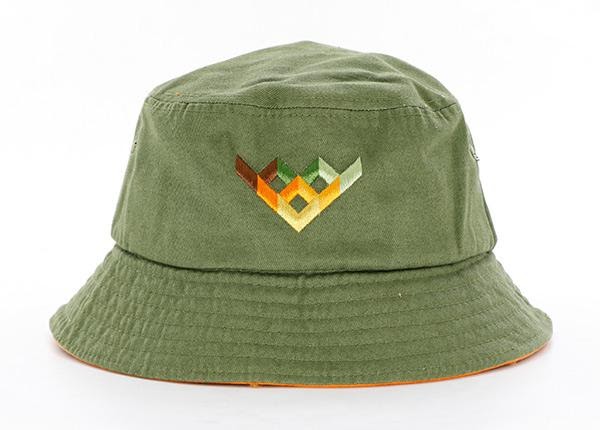 One of the biggest misconceptions when it comes to snapbacks is what the origins of the hat are. And while most people tend to tie the snapback’s history back to the 90s hip-hop culture, the reality is that these hats first came into public view in the 50s, through baseball culture. After its introduction by the Brooklyn Excelsiors baseball team, many hat makers were facing high demand from the public to make these custom snapback hats available for purchase.

It was then that four decades later, the snapback made its comeback into popular culture and became one of the most defining fashion trends at that time. However, unlike the ’50s this time, trend makers were rappers and hip-hop entertainers who were bringing the snapback back into the mainstream. However, that is not to say that the snapback has not faced competition in recent years. The biggest competitor to the snapback has been the rise of wholesale bucket hats.

In the last couple of years, the popularity of the bucket hat has risen dramatically, and so has the beanie’s popularity too. So, despite its rich history, the popularity of the snapback has continued to waver. Yet, the fact that to keep coming back has left many fashion critics puzzled as to why that is. As we stated before, the snapback has made waves over the decades, but its most prevalent time was during the 90s when hip-hop was its peak in popular culture.

The hat was so popular that it even transitioned to the big screen and commercial television, with actors like Will Smith using the snapback as his trademark hat in The Fresh Prince of Bel-Air. This paired together with its adoration by legendary artists like Notorious BIG, and it became one of the most iconic fashion accessories of the decade. Moreover, like the 90s, these hats are even styled similarly, with many still choosing to pair them with casual outfits like graphic tees, classic denim, and stylish sneakers.

However, that raises an important question. This hat has been fluctuating in and out of mainstream culture over the past few decades. So, is it making a return again, or is it facing stiff competition already?

From the beginning, the snapback has always been popular among many celebrities over the years. And it is for this reason that it keeps coming back onto the mainstream. However, these days there are so many popular varieties of hats in the current fashion market that it is hard to say where the snapback stands in comparison.

With more and more of these brands and online influencers creating their custom hats, it seems as though there is no way to predict which way the pendulum will swing. As a result, we will quickly dive into who the snapbacks competition is to figure out which hat will come out on top this year.

As we stated before, one of the biggest competitors that the snapback has faced in recent years is the increase of brands and influencers utilizing customized bucket hats for their promotions and advertising. This hat is extremely versatile. And it can be adapted to suit a wide array of colors and patterns, as well. This makes it an important fashion accessory and not just for personal styling. But, for business purposes too. It has even become a fashion staple for many luxury brands on the runway like; Louis Vuitton, Prada, and Dior. This has made it a big rival to the snapback, which happens to be mostly limited to casual and urban streetwear fashion.

See also  7 Hat Trends You Will See Everywhere In Summer

Beanies are more worn during the cold season, such as fall and winter. This is because of the extra comfort and practicality that they offer. They are also mostly made with thick fabrics, like wool, which keeps the wearer warm. And looking stylish in a laidback sort of way too. This is also why they tend to come styled with oversized clothing to emphasize this cozy and casual look. As such, we should not be surprised to see more of the beanie this year, as more people are coming back to the baggy and oversized fashion style.

The trucker hat is a classic urban staple that has been around since the early 2000s and was made popular by celebrities like Justo Timberlake. It is well-defined by the signature mesh paneling in the back that makes it a good choice during the summer, as it provides extra breathability. And while the snapback is also popular during the hot season, the trucker seems to offer a more casual and practical feel that the snapback seems to struggle to match. This has led to more people designing custom trucker hats. And use them for both personal and business use.

Despite the instability that the snapback has shown over the years, it is still a worthwhile investment for anyone considering wearing or using these hats for both stylish and marketing purposes. And while customized baseball hats remain  the dominant force in the hat game, the snapback’s perseverance and longevity continues to astound many. This in turn makes it worth owning, if you don’t already.