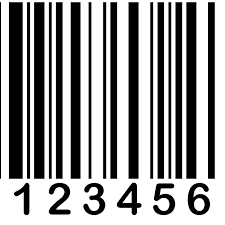 Technology has continued to progress in the direction of being interconnected. Allowing for the creation of items and technologies that allow for rapid reading of data from the real world and to allow for the use of that data. The concept and technology might not be a completely new technology but it is only due to the current capabilities of the technology now that it is profitable.

One of those innovations is the Radio Frequency Identification (RFID) and its companion the RFID tag label.

The barcode and its reader are considered ancient in our modern world as it was invented in 1948. While the concept of RFID began in 1945, the actual device and patent were in 1973. The device as a whole was considered unwieldy and only had minimal use, it is only with the creation of new very small integrated circuits that the device has expanded its capabilities.

RFID and how they work

RFID tags can be largely categorized into three types, active, passive, and semi-passive. They are differentiated by whether or not they have their own power source to keep it constantly running. An active RFID tag has its own power source to keep the circuit running, the passive RFID tag relies on getting its power from the scanner, the semi-passive RFID tag has a battery running the circuit but communication only happens when the reader communicates. RFID tags can also be used to further differentiate the item based on how it is created.

RFID labels are the new innovation to barcodes and their readers, as they essentially act the same as barcodes. They improved on this by having the reader and the target essentially communicate with each other, instead of having the barcode reader scan a direct barcode picture and then translate that into readable information, the RFID system has the reader send out a ping and the RFID tag would respond.

This allows for the RFID system to not require a line of sight to the actual tag. This means that the RFID system is capable of identifying individual objects without actually having the tag be directly pointed at. The range has also increased due to how they transmit and communicate data. The RFID tag labels can also be customized to the required setting, allowing for more resilient tags for the setting. Allowing for optimization to prevent corrupted reads.

The need for barcodes to be on the outside of the product and for the reader to be directly pointing at it is subject to a variety of issues, from rain destroying the barcode to the general wear and tear of the environment causing issues in travel and delivery. The data encoded on a barcode is also static as it is essentially a tattoo that the computer reads and translates, while the RFID tag labels can essentially be updated or customized based on your system. The RFID also has a unidirectional radius of searching. This does not mean that RFID has no issues with it, due to using radio waves to communicate, it is possible for the readers to interfere with each other and if too many tags are present, then it can be confused on what it is reading.