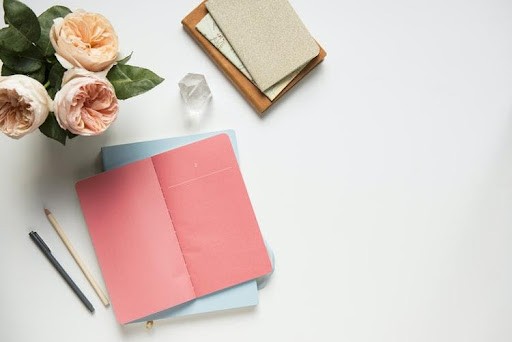 Creative writing goes hand in hand with creative thinking. A child who is led to think independently, look for solutions, express his or her opinions, and gradually acquire creative writing as he or she acquires writing skills. The transition to writing can be of varying lengths, and there is no need to force children to write so that they do not become averse to it.

Creative writing must be present at every step of language learning, from writing the first words so that children are constantly aware of it.

1. Write three words on G and combine them into a sentence

When children learn to write the letters and words in which these letters are found, instead of just rewriting the words and sentences they have prescribed in the copybook, let them come up with those words and combine them into some coherent text.

2. Give me a dictation

Dictations are usually not popular with children, but when the situation turns around and they are teachers, it is often a lot of fun for them.

Do they train any letter just as freshmen? Come up with dictation for this letter, write it down, and then dictate it to me. Finally, we can compare how I wrote it and how you wrote it, and correct each other’s mistakes. Are the selected words learned? Prepare me a dictation with selected words after B, and then dictate it to me. And so on. For first grade children, such a change of roles is usually a lot of fun

My older daughter and I have a small notebook in which we write links to each other. Sometimes we don’t remember it for weeks, sometimes we change it several times a day. It works easily. I’ll write something to her, put it on her desk or pillow. When she reads the link, she writes me off. We do not write anything extra important, but rather completely banal and insignificant things. She will describe to me the dream she dreamed of or what she wanted to have a birthday party. But we enjoy it.

I often mention writing a diary, it’s my heart. It’s a wonderful way for children to learn to capture their own thoughts, sort them out, evaluate those that are important. In addition, when writing a diary, they practice grammar and the writing itself. Just the pros.

Our children regularly keep diaries from holidays and various vacations. They started at a time when they could not write, so they just drew and glued various tickets, leaflets, and the like. I didn’t force them to go to writing, the older daughter preferred to draw even after finishing the first class and switched to writing during the second class – when she gained enough confidence and speed to write that suddenly this form of recording experiences was more advantageous for her.

The advantage of keeping diaries from an early age is undoubtedly the fact that they like and often leaf through them, remember, laugh at their distorted words, and thus see the meaning of diary writing.

See also  Seven tricks: How to write an essay quickly

Another issue that is popular in our country. Of course, the electronic form is more attractive, whether it is an email, text message, or WhatsApp message because writing on a tablet or computer is so much more interesting than writing with a pen on paper!

But even a classic letter in an envelope has its charm, especially if the answer arrives in the mailbox in a few days. Thus, for example, children exchanged letters with classmates during the summer holidays.

For more information, you can visit  Andrew Starlike

6. I will give you three words and you will create a story

This is a favorite game of our children, we usually play it on longer hikes in nature, but sometimes we also give a version with paper and pen. I give them three words (I always choose the ones that are unrelated to make it difficult for them) and they think about the story, which they then tell me or write.

Story cubes work similarly to tell stories. They can be bought or you can make your own like us. Just print a few pictures and take a few wooden blocks from the kit. You roll the dice and tell, or write, a story with pictures that fell to you. If you have more children, it’s nice if they write each of their own stories according to the same cubes – then it’s beautiful when 2-3-5 completely different stories are created based on the same pictures.

8. Creating your own books

This has been a lot of fun for us since the time when the children could not write and I made them a secretary (recorder?). I don’t know how to support children in this, as books have always been written spontaneously in our country.

It is definitely nice if the children have things ready to create a book. At one time, for example, we had an unloaded tray with colored A5 paper and a stapler so that the children could make a tailor-made book at any time. You can also suggest to children if they want to cover a topic they are currently living on. The last creation at home, on which the third and freshman work together, is a book about puppies.