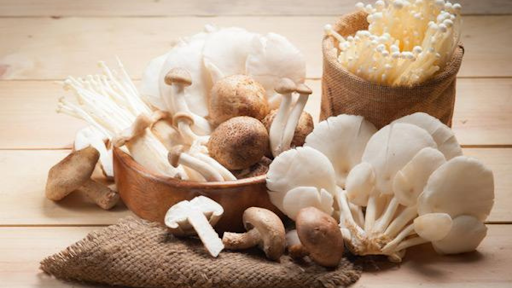 The eastern part is known to make use of several plants and fungi when it comes to medicines. If you are connected to the roots, you will know that there is a cure for everything available in nature. Certain plants and fungi are known to have potential health benefits, including mental and physical healing.

Interestingly, certain mushrooms have particularly become popular for their health benefits. These are known as medicinal mushrooms and can be consumed in many ways. Just search for medicinal mushrooms online, and a dizzying array of varieties will appear. No, whether you consume it as a superfood or include it as an additional supplement in your diet, there is no doubt that medicinal mushrooms promise a curative benefit for the mind and body. This article will tell you about the different mushrooms along with their benefits for you.

Chaga mushroom is a fungus that grows in the bark of birch trees in cold climates. The other name of this mushroom is black mass. North European countries have been using it for ages and got their immunity-boosting properties. Chaga mushrooms contain antioxidants that reduce low-density lipoproteins, which are commonly known as bad cholesterol. Lower cholesterol reduces the risk of heart disease. They also prevent cell damage caused by free radicals. Chaga’s antioxidants reduce blood pressure and prevent cardiovascular ailments. It can help your body fight minor colds to life-threatening illnesses like cancer and arthritis. For consumption, a fine powdered form of Chaga is brewed to make herbal tea or try mushroom supplements.

See also  How to enjoy coffee in the best way

Another very powerful medicinal mushroom is the lion’s mane mushroom. It is also called the mushroom for the mind. That is simply because of the major benefits that it has for your brain health and nerve functioning. Lion’s mane mushroom has been used as an edible fungus since ancient times and is treated as a mood-elevating tea elixir. It contains vital components such as beta-glucans, which have been shown to defend against tumors, strengthen the immune system, and protect the brain. It has the potential to defend against diseases like Parkinson’s and Alzheimer’s. Consider it a superfood because it can improve a person’s memory and help them focus too. Although eating mushrooms cooked or raw has nutritional advantages, their extracts can also be utilized in supplements. If you are interested in taking it, you can search online to buy the best lion’s mane supplement. Other benefits that this mushroom brings to your plate are improving gut health, strengthening immunity, enhancing meditation, increasing concentration, calming the brain, etc.

The effects of reishi mushroom on white blood cells are amazing, which helps the body fight infection and even cancer, and can boost immune function. This is more likely to happen in people who are sick since healthy people have had mixed results. However, The effects of Reishi on the immune system are frequently highlighted, but it also has additional potential benefits. Reduced weariness and depression, as well as an enhanced quality of life, are among these benefits. One study looked at how it affected 132 persons with neurasthenia, a disorder marked by aches, pains, dizziness, headaches, and irritability.