The coronavirus pandemic has changed all areas of human activity. Contactless technologies and remote work are no longer news, but the next step is the creation of your avatars and the total implementation of robots.

Quitting quarantine has brought new trends and changes. In particular, the tourism market, both business and travel, is starting to open in the world.

This market, the processes of flights, check-in at hotels, restaurants, attending business meetings, and conferences allow you to open the veil and have a look – what will it be like in the “ post-coronavirus world”.

And, apparently, this world will be contactless and robotic, health and movement will be monitored, everything around will become disinfected and virtual. 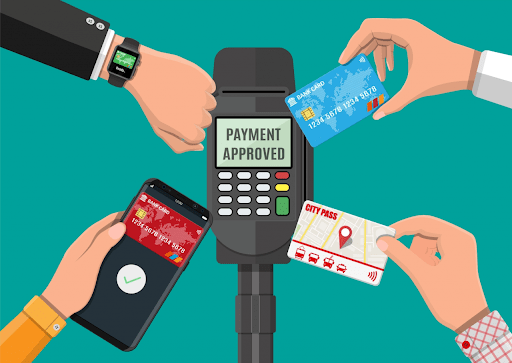 Since the virus is transmitted through contact with an infected surface, the use of contactless technologies will become a new trend. It will turn out to be so comfortable that it is unlikely that humanity will return to the “contact world”. It is particularly comforting that the world was ready for this change in advance.

For example, many advanced payment systems and banks have been offering contactless payment services for several years now – the service has become so popular that people stop using physical credit cards. Therefore, cash already today is turning into archaism.

The popularity of contactless payments is the foundation of two more big changes. First, more and more stores will introduce automatic self-checkout counters, which, together with face recognition technologies and robotic tracking systems, will completely replace current sellers.

The success and profitability of such cash desks have long been proven in American retail chains, and the system has proved itself to be quite good in Ukraine.

And if now the client still has to get a card, phone, or use cash, soon the purchases will become completely contactless, and the sensors will read a special application on the phone hidden in his pocket. A similar scheme works in the US in Amazon Go’s fully autonomous stores.

The second change brought by contactless payments is more complex and dangerous. The unpopularity of cash and the rejection of credit cards exposes the problem of creating “ digital money”.

The fact that Bitcoin and other cryptocurrencies did not succeed can be achieved by the “ digital dollar”. The US Congress plans to hold a meeting on the relevance of creating and using such tools.

See also  HOW DO YOU OPTIMIZE YOUR CLOUD COST MANAGEMENT MODEL?

The introduction of a “crypto dollar” can significantly change the global economy and divide history into before and after, but it is not yet known whether this change will be positive or negative?

Another area in which contactless technology will actively develop is transport or travel. Contactless payments in the metro and tram will not surprise anyone, but contactless border controls, check-in at hotels, and virtual keys to hotel rooms right on the phone are a curiosity. 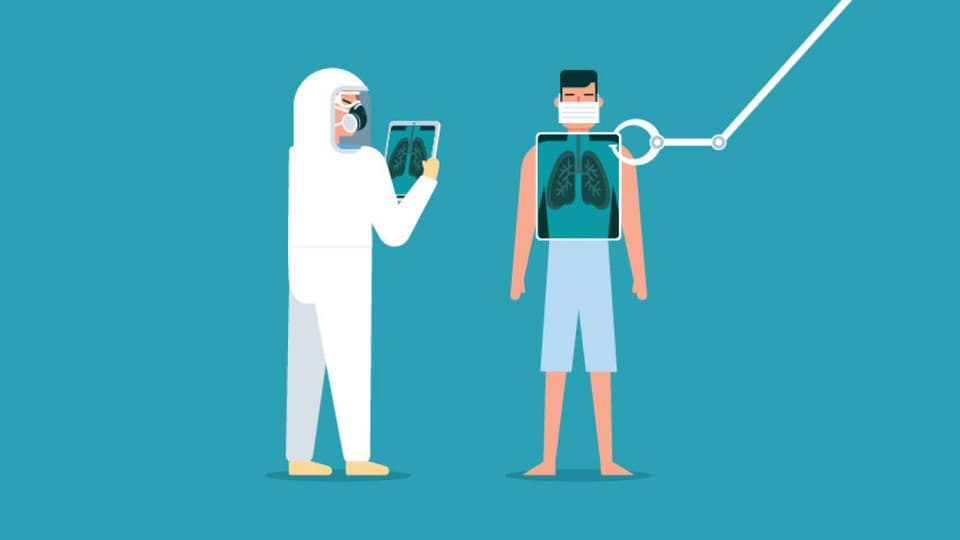 Some six months ago, the idea that someone would measure the temperature and enter it in some applications would cause a storm of indignation and indignation.

Today it is a reality. It is now impossible to get into many public places and institutions in the world without a voluntary temperature analysis. This is especially true for employees of such institutions.

In most cases, still, such measurements are carried out manually using a non-contact thermometer. But this industry is developing by leaps and bounds and thermal chambers are already being actively introduced, which examine the temperature automatically and without the consent of the “ test person”.

Combining this technology with a face recognition system and tracking Bluetooth phone systems on the one hand is a boon in the context of the spread of the virus. On the other hand, it completely destroys privacy, opening up access to all movements and contacts of a person to third parties.

The benefit is obvious – the sensor noticed an increased temperature, recognized the face, tracked Bluetooth and informed the doctors and all the people with whom the potential patient had been talking for the past two weeks.

But privacy issues arise – such data is collected without human consent. This can be expected in China, where such technologies are already being used, but their implementation in other developed countries still seems doubtful.

And if face recognition technology in many states is partially blocked at the official level, contact tracking is already done using tools developed by Google and Apple. According to the joint statement of the companies, 23 countries became interested in such software.

Despite the fact that face recognition systems are officially abandoned in many countries, the same Apple is actively engaged in improving FaceID for recognizing masked people.

A separate topic is “vaccination passports”: these are applications that will indicate the state of health, vaccinations, as well as all the movements of a person described above.

The world can go so far that such a passport, as a mobile application, such as ” exposure The” will be needed when crossing borders or visit certain places.

See also  What Is Coinomi?

These technologies can easily turn into a kind of exit visas and, the big question is who, how, for what purposes will use the information from such applications.

“A pandemic has taught humanity to wash their hands.” There is some truth in this joke, the Earth has not seen such a clean population in its entire history. Disinfectors have become mega-popular and in any form – wipes, sprays, liquids. Many began to produce their own mixtures based on alcohol and oils.

Technology does not lag behind this trend. disinfection tunnels are gaining popularity. These structures are often a hermetically sealed room, sometimes it is literally a tunnel in which motion sensors, temperature sensors, and nozzles with disinfectant liquid are built-in, which spray a person from head to toe.

Something like a ” contactless car wash”, but for a person.

In early May, similar designs appeared on the border of Mexico and the United States. Drivers and passengers after crossing the border with Mexico had to get out of the car and pass through an inflated capsule, where they were “watered” with a special liquid.

Hong Kong Airport also introduces similar disinfecting machines. By the way, the effectiveness of such a method has not been proven, and in some countries, the technology is recognized as dangerous at all. According to the US Centers for Disease Control and Prevention, such tunnels can cause damage to the skin, eyes, or respiratory system.

But, obviously, such “ places of sterilization” will appear in crowded places, airports and at borders.

Another popular disinfection technology has been the use of ultraviolet radiation to kill the virus. The effectiveness of the technology is also not yet proven, although some studies confirm the destruction of other types of coronaviruses by UV rays.

Today in the market you can find UV boxes for sterilizing mobile phones, keys, and so on. It is likely that in the event of a worsening situation, such devices will become necessary for home use. And, perhaps, robots will take over this process.

The pandemic accelerated what the good half of humanity was afraid of – the active introduction of artificial intelligence in all spheres of human life. Robots are no longer perceived as something alien, for example, in the field of delivery.

In many Chinese cities and airports, you can already meet a robot that checks the temperature of people passing by. In hospitals, robots deliver food to patients with COVID-19.

And if before the pandemic such machines were made faceless, now the virus is pushing for the creation of virtual human-like concierges that will be perceived by people “ as people”. Technologies for creating the necessary facial expressions and emotions are already being actively tested.

COVID-19 and social distancing hit the service industry hard, and it was this area that was the first to go through the fourth industrial revolution and introduce its benefits on an ongoing basis. 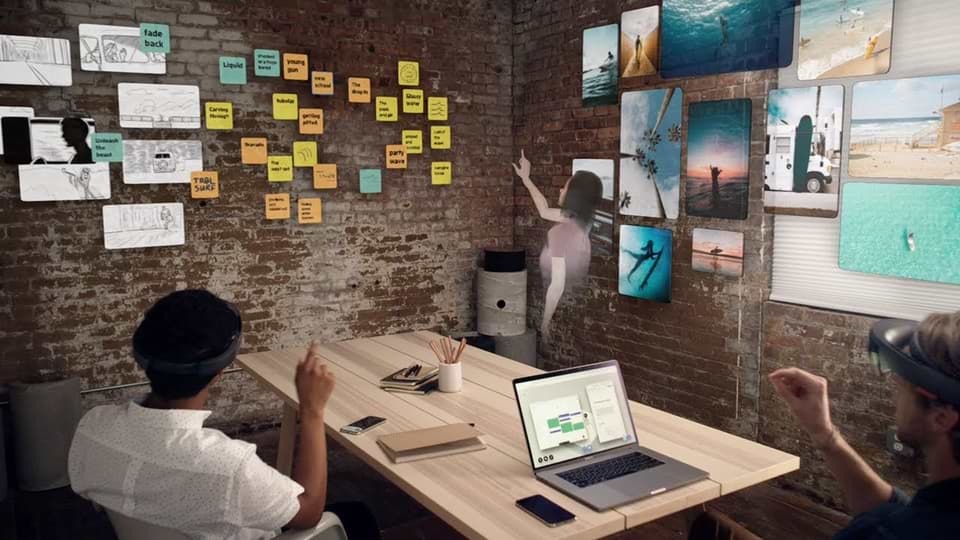 On the other hand, the world ban on flights puts an end to physical business meetings and conferences. It is quite obvious that services like Zoom, Skype, Google Meets will only grow, but sometimes unobvious solutions appear on their wave, which will further modernize this world.

Such decisions drag humanity into virtual reality. For example, students at the University of Berkeley held a graduation ceremony in 2020 in the popular Minecraft game. To do this, they built a virtual world that resembles their native university! The same technology can be used for lectures and even exams.

Another non-trivial example is the use of the Red Dead Redemption 2 cowboy game, instead of Zoom. As one of the company ’s employees stated, “it’s very cool to discuss issues sitting around the fire and hearing the wolves howling and when the meeting is over you can ride a horse and administer justice, and not these strange smiles on camera when you usually try to end a call.”

Such examples are not widely used, but they clearly show the trend that banal meetings with a dozen icons from webcams are not very interesting for people.

Virtual meeting applications using helmets of additional reality can also solve the problem. Similar technologies already exist, they are being introduced and even used.

Moreover, Facebook with its portfolio company Oculus and the giant HTC with Vive technology actively entered the arena with different companies and startups, which means that very soon the makeup of a virtual avatar before meeting with a client will become a reality.

It is still difficult to judge whether humanity can live in a matrix with virtual avatars who will go to universities, meetings, and dates, or in a world where you have to wear masks, disinfect everyone and everything and communicate with robots. One thing is clear – it won’t be boring!