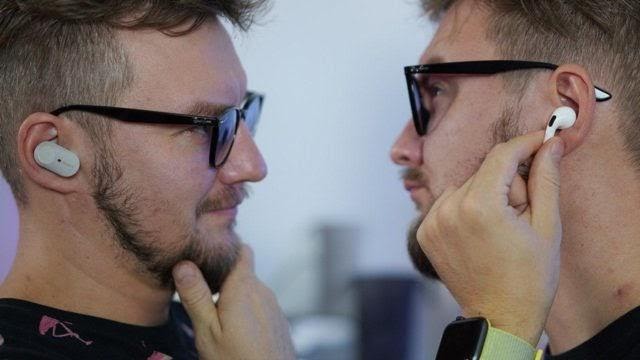 a). And where is the noise reduction in the end better? I will say this: I liked flying on a plane more with Sony, somehow they cut off what was not needed more correctly, but at the same time the subway was about the same in comfort.

b). The transparency mode, on the other hand, sounds a bit more natural on Airpods, but over time you don’t even notice that you have headphones on.

a). Once I touched the control, it’s worth a little more talk about it. In Airpods, everything is done by compressing pasta.

b). One compression – pause/answer the call, two – the next track, three – the previous track, holding switches the transparency or noise reduction modes.

c). Avoiding tapping, in my opinion, is the right decision because it’s a pleasure to knock on the in-ear headphones.

With the settings, the trouble is again the same: all you can do is put Siri in one ear, but you can call it with your voice.

You can’t change the actions of double/triple taps, you can’t even put different actions on compressing pasta on different ears, although this option seems to be there: Apple is in its repertoire.

But there is a mode that checks whether the correct ear pads are selected.

In Sony WF1000XM3, everything is done with tapes of touch panels. It’s a matter of habit, but it seems to be more convenient and closer to the first Airpods, but you don’t need to knock, you can just touch. The main thing is that all actions can be changed in the application settings, but there are many of them! Hooray customization! 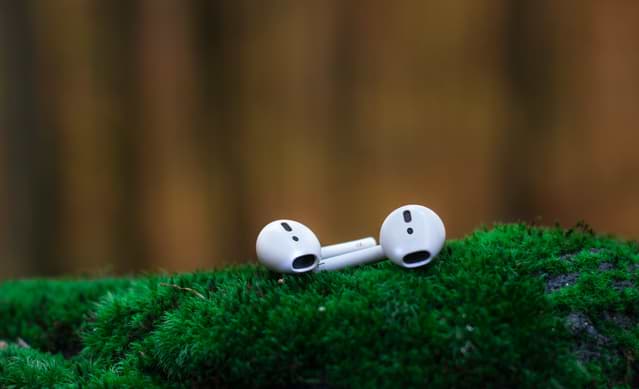 Now the most important part is the sound! I won’t say again that there should be PRO sound in Airpods Pro. We already realized that this prefix at Apple now means premium and a higher price. But still, how do they sound?

Both those and other headphones work with AAC and SBC codecs: AAC is by default in almost all Apple devices, but when it doesn’t work, SBC is cut in and we suffer from a delay. In the  SONY headphones, you can manually select the codec in the application: the priority for quality is AAC, for the connection is SBC.

AptX and LDAC for some reason were not delivered, although I’m sure that Sony could – perhaps this is due to the battery life. Anyway, sorry!

Now to the sound itself. Airpods Pro has a speaker with a large range of motion, which should give more bass. In addition, there is an adaptive equalizer that adjusts itself to the auricles in much the same way as the HomePod does, adjusting to the surroundings. But in the end, the sound in the new Apple headphones turned out to be the same or even, in my opinion, a little worse than the usual Airpods, although there it is not perfect.

It seems as if the high frequencies are heavily crushed, the middle and low ones seem to be normal, but for example, in JBL TWS headphones I hear a brighter and cleaner bass. However, now it’s not about them.

Sony WF1000XM3 with sound has a much better situation: the QN1e processor performs 24-bit audio processing. There are 6 mm speakers.

The sound is very balanced, the bass, though not the brightest, but more pleasant than on the Airpods Pro.

See also  5 Ways to Save Money on Air Conditioning Expenses

Very clear, but not ringing high, in the middle, too, everything is fine. Those who like detailing in sound, I think, will be delighted to have such things on Bluetooth! separately, the presence of a five-band equalizer in the application is nice, plus there is a Clear Bass control for the amateur.

DSEE HX (Digital Sound Enhancement Engine), which is also rarely used in the application, is used by the improver, but it does a good job with a low-quality stream from streaming services.

The bottom line is the sound: listening to music is much more enjoyable on Sony, but Airpods Pro also performs well. For big headphones, both lose – this is understandable. 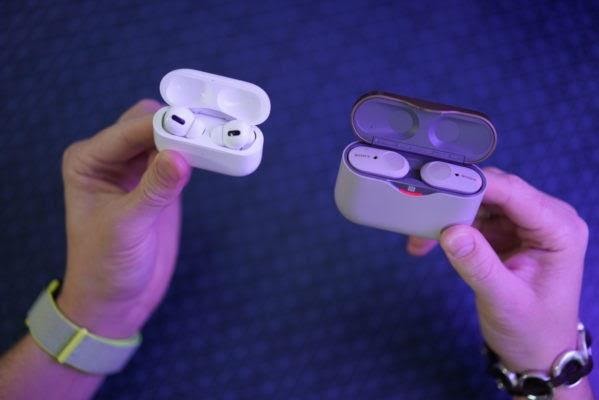 a). As for the Airpod Pro connection, no one has yet done it more conveniently than Apple – opened the case at the very beginning, connected it to the iPhone and that’s it.

b). On all your Apple devices, if there are several of them with your ID, the headphones are already connected and switch between Thanks to the H1 chip, it’s the most convenient for devices.

c). The same thing works with Beats headphones because the company belongs to Apple.

For the first time, it’s easy to pick up Sony headphones: they got it from the case and brought it to NFC or found it in the Bluetooth settings. And if you work with one device – no problem.

But to the second or third device is more difficult. To pair, you need to hold two touch panels on both headphones for 7 seconds. Or attach the smartphone to the NFC tag in the case – but this only works with Android.

Switching between devices is not so convenient, but, unlike many headphones, they do not need to be cut off from the previous device in order to connect to a new one.

Just tap it in the new one and they themselves will be cut off from the previous one. But this does not always work smoothly.

How do they sit in their ears? Honestly, my ears are not very adapted to the earplugs, either they do not fit, then my ears hurt: usually I use the smallest ear pads and I’m ok. Neither one nor the other headphones popped up themselves unless once the left Airpods Pro fell in a dream in an airplane. I was scared but quickly found him.

But still, for convenience, I would give an Airpods Pro ball. While walking, running, and there, and there are no problems, so you can do fitness. However, only AirPods pro has protection against ipx4 moisture, so Sony is not worth sweating a lot.

e). Talking on the phone 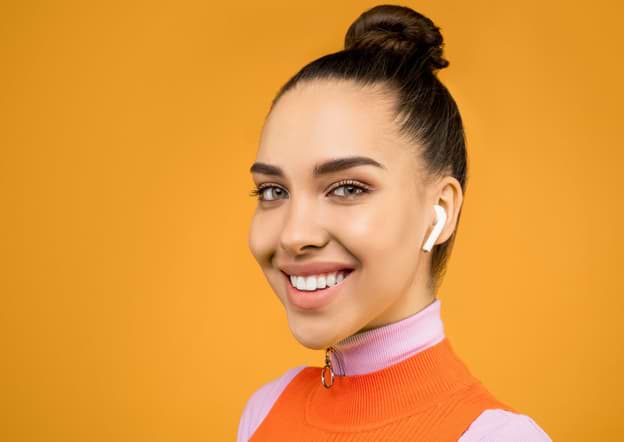 a). And the final point of comparison is talking on the phone because all these headphones are also headsets.

b). Here I added two more subjects. In the first place in quality was just a call through the iPhone. In second place is Airpods Pro: they just cut off all the external noise.

c). In the third place is the usual Airpods 2. The worst sound was on the Sony WF1000XM3. We called and recorded a voice message in the messenger: the results were the same.

Summarize. Airpods Pro is comfortable and compact, with good noise reduction, and works better in the Apple ecosystem, but with a very mediocre sound. And the cost in Russia is 20,990 rubles.

The Sony WF1000xm3 is cool sound and arguably the best among TWS headphones at the moment.

This case is not such a convenient case, there is no moisture protection, but it has longer battery life and also with excellent active noise reduction in the kit. The price is also rather big, but still, they are cheaper – 18,000 rubles.

If you summarize in the form of a tablet and give the headphones a score, it turns out that friendship won. And only a more affordable price tag plays on the side of Sony. Here, for many, the Apple ecosystem can be a decisive factor.