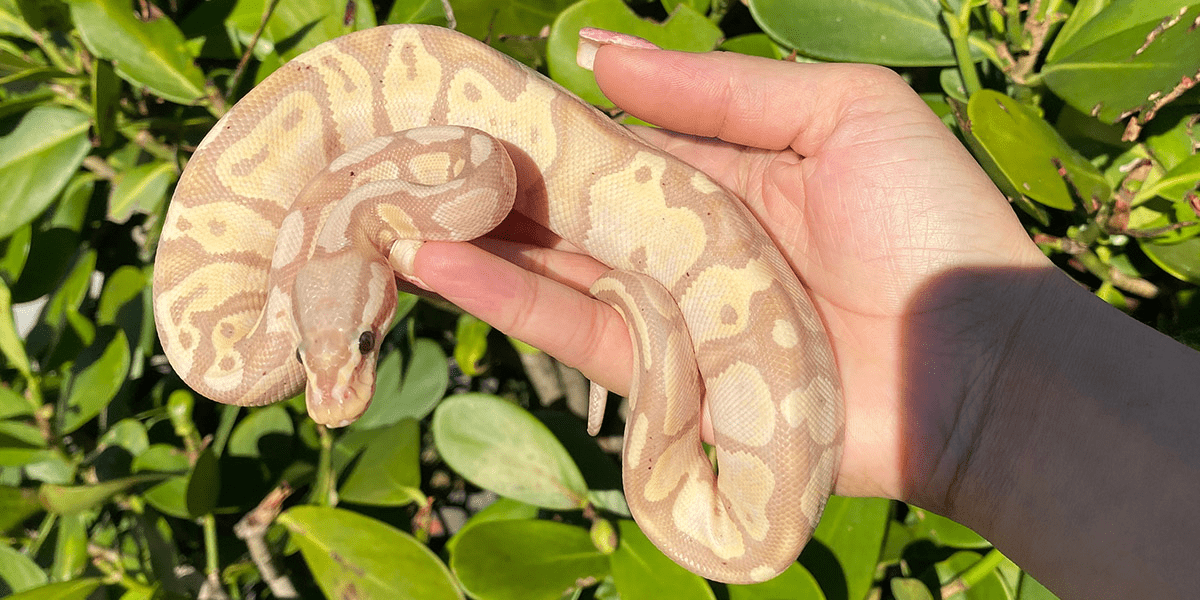 Determining whether your pet snake likes you can be a challenging endeavor. They aren’t capable of the displays of love that dogs and cats perform but that doesn’t mean their cold-blooded hearts are devoid of feelings. Though they are extremely subtle, there are a few tell-tale signs that your pet snake likes you. Not sure what they are? Read below to gauge how comfortable your snake is around you.

07 Signs A Snake Likes You

Snakes are pretty laidback creatures and when content, appear to be quite lazy. Leisurely slithering around the cage shows that your snake doesn’t feel it’s in danger. Frequent moving around fits of “pacing”, or jerky motion is quite the opposite and suggests the snake is agitated.

When a snake is relaxed they’ll drape themselves seemingly haphazardly over branches, rocks, and other decors in their enclosure. The opposite is a snake that has flattened itself against a surface in an attempt to appear as small and unnoticeable as possible. This is the same behavior they exhibit when trying to avoid predators in the wild and a clear sign they are not happy.

Does your snake bristle whenever a new toy or type of food is given to them? If so, their wariness could signify a greater sense of unease in their environment. The lack of this hesitation or fear, however, is a sign that your snake is confident and feels secure.

4. The calm flicking of the tongue

If your snake feels comfortable in its surroundings it won’t feel the need to constantly taste the air. Instead, a content snake will calmly flick its tongue only every once in a while.

A tight grip during handling indicates that your snake doesn’t feel secure either in your grip or being out of its enclosure. By contrast, a snake wrapping around you with a gentle grip is only holding onto you for stability rather than out of nervous tension.

6. Exploring its enclosure without constantly trying to escape

Snakes are curious creatures and even the happiest snakes are bound to attempt an escape at some point. However, an anxious snake will constantly try to escape, hitting the glass walls to a point that they hurt themselves. A comfortable snake, on the other hand, will calmly explore its surroundings with seemingly little intent.

The most obvious sign that a snake likes you is if it doesn’t display aggressive behavior like hissing or trying to strike you. These defensive acts indicate that your snake sees you or something in their immediate environment as a threat.

If your pet snake exhibits any of the 7 signs above, then kudos to you, this means that you have created a safe environment where they feel secure and unthreatened. When judging your snake’s behavior, it’s important to take their unique temperament and personality into account. As you get to know your snake better, you’ll have a better idea of when something is “off” and if they are behaving out of the ordinary. The experience of owning a snake is like no other kind of pet ownership. Discover it for yourself and find snakes for sale today.

See also  How To Choose The Right Dog Sitter