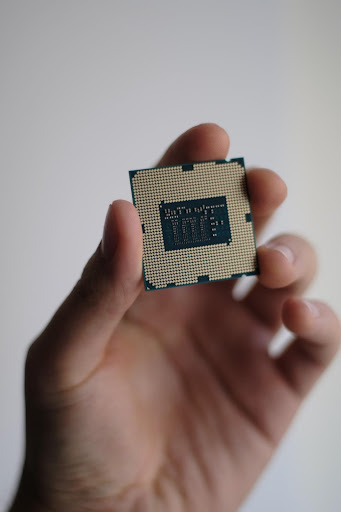 For those who are unfamiliar, the new Apple M1 computer chip has revolutionized the way that Apple computers operate. Not only does it serve as a powerful processor, but it also allows the computer to use its available memory much more efficiently.

In fact, many people are wondering about the differences between the Intel Evo processor and the Apple M1 chip. We’ve outlined some of the most notable below. Let’s check them out.

When it comes to overall speed, the two processors are fairly close to each other in terms of performance metrics. This means that both a modern Intel computer and an Apple computer are able to provide a similar experience when completing certain tasks.

For example, both can easily handle multiple instances of Microsoft Excel or Zoom calls with a handful of participants. The same can be said about editing video content with Adobe Premiere Pro.

However, it seems that both systems shine in different areas. This means that they are more or less equal when it comes to overall speed. It should also be noted that tests performed between the two devices were done in environments that were conducive to each machine respectively.

To elaborate, there would be no point in running a test using an application that is not meant for an Apple M1 computer and then comparing the results to an Intel Evo device.

Running basic applications isn’t a definitive way to determine which device is superior. Just because a computer is more efficient at opening low-impact programs doesn’t mean that it can handle a heavy load just as easily.

So, it’s important to consider the distinction between each of these computers handles intensive tasks. However, there is a certain factor that should be acknowledged regarding the tests between these two different devices. On some occasions, software that is available for the Intel Evo line was still in beta for Apple M1 devices.

The Apple M1 computer chip changed the way many applications were able to function on the device, meaning the developers had to rework certain programs in order to have them operate correctly. Unfortunately, this also means that the results of the tests between the devices may not be as accurate as they should be.

When the tests were performed in comparative environments, though, the results were similar to the overall speed tests. Intel’s devices excelled in some categories, while Apple computers with the M1 chip excelled in others. Be sure that you keep this in mind when deciding between using a computer with an Intel Evo processor or one with the M1 computer chip.

As previously mentioned, certain programs needed to be reworked for the new Apple line. Once this concern was taken care of, however, many compatibility issues with the M1 devices were hammered out. In terms of software compatibility today, there are not any outstanding instances where Intel devices are able to handle programs that Apple cannot.

That being said, anything that is still in the beta cannot be expected to run as efficiently as something on an Intel device. You might experience an unexplained slowdown, and certain key features may be missing. For example, the beta version of Photoshop for M1 devices was notoriously missing the Content-Aware Fill functionality.

So, it’s easy to understand why the advantage would be given to an Intel device in a case like this. More likely than not, you won’t have an issue with running the same program on both machines as long as they both use the most current version.

Let’s be honest — many people purchase computers solely for gaming.

However, anyone with even a basic foundation of computer knowledge knows that Apple computers are one of the worst platforms for gaming. Support simply does not exist for many popular games, and the device itself is not configured to run them correctly. This doesn’t mean that you can’t play any games at all, though.

It’s entirely possible to emulate older titles from systems like the Nintendo DS or Sony PSP. When it comes to running a modern game at 60 FPS, however, Mac users should not be surprised when they are not able to hit even the lowest benchmarks of performance. Intel devices, on the other hand, have a little issue running modern games with the maximum performance settings.

For this reason, virtually everyone who chooses to play games on the computer as a hobby will choose an Intel device over an apple M1 computer. This is especially true for those who stream on Twitch, as this particular revenue stream relies on their capability to provide entertaining content to their audience.

This is something that would not be possible if games were not able to run flawlessly.

See also  How do I get free extra storage for my phone?

For those who are unfamiliar, Intel runs something known as an Evo certification in order to brand certain laptops in its lineup as being capable of high performance. So, to pit its products against the Apple M1 computers, Intel ran the same tests for those products.

Its initial claim was that Apple computers would not be able to satisfy the criteria that elicit an Intel Evo certification. However, this is not necessarily something that proves an Intel device is superior.

As you might expect, Intel tailors these tests for its own computers. It is simply impractical to expect a device with different hardware, a different operating system, etc. to meet the same standards. In terms of Evo performance testing results, Apple does fall short.

However, consider if Apple ran similar tests on Intel Evo devices. Apple’s computers would likely come out on top.

If you are impartial to the operating system you use, either laptop would be fine for your situation. Currently, basic testing only involves running a few benign programs.

This includes multiple Google Chrome tabs and watching Netflix. When performing more intensive tasks, it’s not quite as clear whether or not the two machines remain equal.

So, keep this in mind while moving forward.

Many people tend to overlook the importance of thermal statistics. For those who are unaware of this metric, it involves how well the device is able to manage heat.

The new M1 computers are renowned for having some of the lowest temperatures out of the entire Apple lineup. In fact, many people claim that they run CPU-heavy tasks on a regular basis and barely feel the computer heat up at all.

Under most circumstances, the same cannot be said about Intel Evo devices. If the device gets too hot, a failsafe will activate and it will throttle its own performance. This is done to keep its temperature from rising.

So, it’s important to consider the fact that Apple computers are notably cool compared to many other machines on the market.

Unfortunately, M1 hardware compatibility isn’t as diverse as that of Intel Evo devices.

For example, you can only use a single display with a Thunderbolt dock. This means those who want to connect multiple monitors to their MacBook mobile cannot do so.

There are also issues with certain third-party plug-ins for particular applications. These include Ableton Live, FL studio, and ProTools.

Since M1 computers are so efficient at heat management, some models do not include a fan. This means that they are completely silent during use. It’s no secret that Intel Evo devices can get notably loud when running intensive applications.

If you are someone who does not enjoy listening to high fan speed, be sure to consider this.

Otherwise, you run the risk of making a decision that is not ideal for you.

The good news is that the above information has everything you need to know about the Apple M1 computer chip and the processor used on Intel Evo laptops. So, be sure that you take it into consideration before you make a purchase. It could mean the difference between whether or not your needs are met.