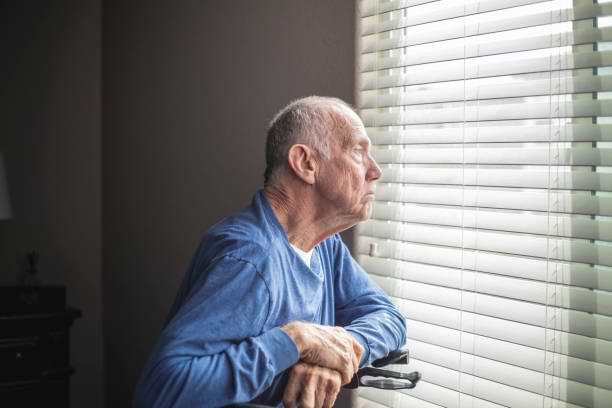 Dementia is a common term that one comes across at least once in one lifetime. The disease appears quite frequently in stories and movies. One must have watched at least one Indian film where an important character has Dementia and loses their memory.

In India alone, there are about 10 million cases of Dementia each year. But the good news is that hospitals across the country offer various types of dementia treatment.

Dementia is an umbrella term used for several types of mental conditions and health problems. It occurs when there are abnormal changes to the brain, resulting in a deterioration of cognition, memory, and reasoning.

It affects daily life activities like using language, doing tasks, and understanding surroundings. Dementia can either be mild or severe, depending on how quickly a person gets it treated.

Dementia can occur when there is damage to the brain or when nerve cells are disrupted. It happens when parts of the brain are subject to injury, cell damage, or disease.

There is no single cause for Dementia, and the reasons for its occurrence can vary depending on what parts of the brain are affected. But all types of Dementia hamper cognitive functions such as memory, language, learning, and decision-making.

It is very challenging to recognize the early symptoms of Dementia. Due to this reason, many people who suffer from the disease are not always aware.

Some of the earliest symptoms are forgetfulness, lack of concentration, memory loss, disremembering words, confusion, and mood swings. Since people commonly experience these problems, it is harder to pinpoint if the cause is Dementia or simply one’s state of mind.

It is important to be aware of the various symptoms of Dementia and get regular check-ups as a precaution. Many hospitals across the country offer services for diagnosis and dementia treatment.

There are different types of Dementia, and the most common one is Alzheimer’s disease. Alzheimer’s occurs when there is degeneration of brain cells, resulting in both memory loss and confusion.

The second type of Dementia, called Lewy body, happens when protein is lodged in nerve cells. It results in hallucinations, impaired memory, and slowness of movement. Vascular Dementia is another type and is caused by a limited blood flow to the brain.

It hampers one’s ability to reason, solve problems, and plan. Frontotemporal Dementia is the fourth type, where rare brain disorders affect the frontal and temporal lobes. It results in behavioral change and loss of interpersonal skills.

Dementia is known as a progressive disease because it becomes worse over time. The symptoms will become more intense and visible only as time passes. There are four stages of Dementia, and being aware of them can help one understand its severity.

There is mild cognitive impairment in the first stage, and a person will experience brief memory lapses or forgetfulness. These symptoms can either be due to Dementia or other factors, so it is essential to get them checked.

In the fourth stage, known as the severe dementia stage, the individual will need complete assistance since their body functions will be minimal.

After a person has identified the symptoms of Dementia, it is time to get it checked in a well-equipped hospital. Since there are different types of Dementia, a proper diagnosis will be required. Dementia is usually diagnosed by taking scans, blood tests, and screenings. The medical practitioner will also get complete updates on any previous physical or mental ailments. Dementia can be caused by underlying diseases in rare cases, and multiple tests will be conducted to identify them.

It is a well-known fact that there is no cure for Dementia. But at the same time, the disease symptoms can certainly be curbed at a much earlier stage. Many treatments can improve one’s cognitive functions, reasoning skills, and memory.

Medical practitioners can prescribe medications, occupational therapy, or both, depending on what kind of disease the patient has. Doctors will also concentrate on improving the overall health of the person to alleviate the symptoms. Dementia treatment will work better when it is done at an earlier stage.

Dementia treatment can be more effective if done at an earlier stage of the disease.