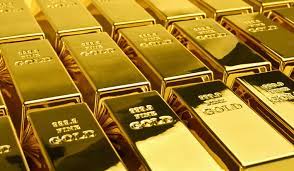 In order to combat illicit gold trade, the United Arab Emirates will require all gold refineries to undergo annual audits to confirm their suppliers are trustworthy. Experts noted that while the UAE is one of the world’s largest bullion hubs, such a move may also shift the flow of gold linked to crimes and human rights abuses to other countries, such as Africa, which has a growing number of gold refineries.

In 2019, an investigation by Reuters revealed that the UAE had taken in gold worth billions of dollars smuggled from Africa, much of it mined in dirty conditions in conflict-ridden countries. An intergovernmental anti-money laundering monitor, the Financial Action Task Force (FATF), has urged the country to tighten rules and enforcement. In a statement, the UAE stated that this was a national priority.

As reported by Reuters, the UAE’s Economy Ministry plans to introduce a UAE Good Delivery Standard, which will require refineries to thoroughly evaluate suppliers and demonstrate those efforts to outside auditors. According to the company, all gold refiners will be subject to responsible sourcing obligations.  A compliance audit will also be required under the UAE Good Delivery Standard.”

In a statement, the ministry said that it aimed to align the entire industry with responsible sourcing practices. An announcement will be made later this month at a conference for the precious metals industry in Dubai.

There are millions of people who work in small-scale gold mines that are hazardous to their health and can release toxic chemicals. Gold is typically used to finance crimes, conflicts and terrorist activities. Turkey was placed on the FATF’s “grey list” last month, potentially disrupting foreign investment because of “serious issues of supervision” in the country’s gold trade.

The London Bullion Market Association (LBMA), which operates the most prominent scheme for refiners to achieve responsible sourcing accreditation, has stated that it will prevent refiners it certifies from obtaining gold from countries with insufficient controls.

In order to combat illicit trading, the UAE has taken a number of measures, including requiring firms to register with anti-money laundering authorities and declare large cash transactions. Thani Al Zeyoudi, UAE Minister of State for Foreign Trade, who chairs a committee overseeing the gold trade, said that gold and precious metals are an essential component of the UAE economy.

In a statement, Al Zeyoudi stated that the achievement of the good delivery standard will “further strengthen the UAE’s AML/CFT (countering money laundering and terrorism financing) framework, which represents a critical national priority and a primary objective of UAE leadership.”

In addition to this standard, the UAE has established the Dubai Good Delivery Standard, which is a voluntary accreditation program operated by the Dubai Multi Commodities Centre (DMCC), a free trade zone in the UAE.

A DMCC accreditation mandates responsible sourcing policies and audits for two of the UAE’s more than ten refineries. There is no outside scrutiny of where and how UAE gold refiners and dealers get their gold, as most do not have accreditation.

As Tyler Gillard, who advises the Organization for Economic Co-operation and Development on responsible sourcing, said, “This is the most significant thing the UAE government has done (to stop unethical trade).” Illicit trading, however, will continue to exist, he added.

This is similar to pinching a balloon. There are still enough gaps and opportunities for gold to enter other countries.”  In most countries, sourcing audits are not required. In Sub-Saharan Africa, dozens of refineries are operating or under construction, and India, which imports gold primarily from small-scale mines, has many refineries that are not subject to government regulation.