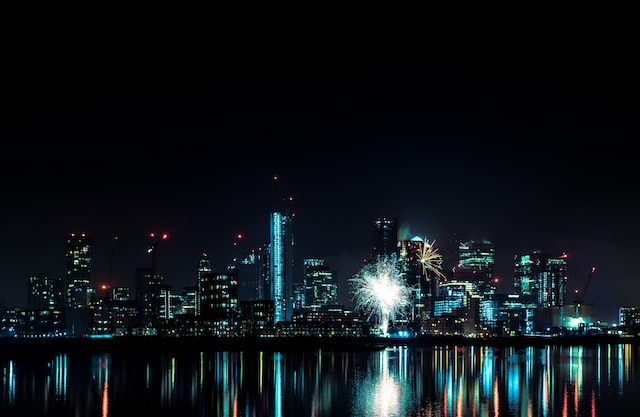 London is undoubtedly one of the best cities in the world to spend New Year’s Eve, and with so many options it’s hard to choose what to do to celebrate the most important night of the year. Here are some of the most spectacular parties to celebrate New Year’s Eve in London in style!

There’s a countdown at midnight with a live broadcast of the fireworks from London’s London Eye to make the night even more special. Also, there’s a live band and DJs playing throughout the night. And if that’s not enough, you can ride bumper cars or play casino games after dinner, and there will be music and partying until 3 am. And as an added bonus, there’s a free bus at 3 am that will take you to Victoria Station if you need it, but taxis are also available at the door.

If you’re looking for an unforgettable New Year’s Eve party in London, then I recommend you consider the New Year’s Eve Party at the Shard, London’s tallest building. It is one of the most special things to do on New Year’s Eve in London. The party will take place on the 72nd floor of this famous London building, the same floor that is available throughout the year as a London observation deck. You will be able to enjoy the best views of London, and at midnight you will be able to see the fireworks from the London Eye as well as all the fireworks that will take place in different areas of London.

Celebrate New Year’s Eve in London in style at one of the city’s most famous buildings, the Sky Garden. The stunning Sky Garden will celebrate the arrival of the New Year with themed parties, where it is recommended to dress for the occasion. Enjoy dinner and drinks and live music at one of London’s most exclusive parties.

One of the best options if you want to enjoy incredible views of London and the fireworks without being cold, as you’ll be on the 28th floor of the Millbank Tower, on the banks of the Thames. The building itself offers a different party on several of its floors, with a choice of different styles.

At the Royal Festival Hall, located on the South Bank, on the south bank of the Thames practically next to the London Eye, we can enjoy its famous vintage New Year’s Eve. Every year the Royal Festival Hall is transformed into 5 floors of entertainment set in different eras, from the 1920s to the 1990s. You can enjoy swing, rock’n’roll, soul, disco, house and even cabaret. You can choose to book a table for dinner or just join the party. For a little extra, you can have access to their terrace, where you’ll get an unbeatable view of the New Year’s Eve fireworks from the London Eye. The terrace has limited seating, so you’ll need to pay a little extra.