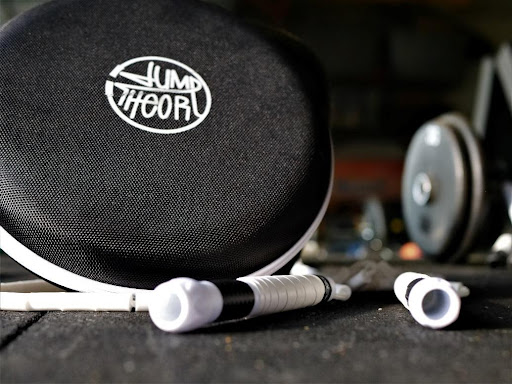 Jumping rope is one of the excellent forms of exercise and the easiest way to play alongside people of all ages. It is an activity you can enjoy solo as well as with friends. Also, skipping rope is considered great because it does not require a lot of expense as well as space. Moreover, appropriate for all level skills and abilities.

In this article, we will introduce games that will be useful in developing various jumping ropes skills in a creative way. Some of our favorite jumping rope games for various age groups are:-

In this game, players need to jump over any river they find. This game is best for younger kids for practicing jumping skills. They will be allowed to jump with two feet, one foot, or with a twist. You can also give a jump rope to kids to practice it on the ground by drawing a river on it.

In Snake, the game children play with jump rope like its giant python! In this game, two players hold the ends of the Rainbow Flow jump rope close to the ground and move it back and forth. In this way, it will slither like a snake. Other players will jump over from that jumping rope again and again. This will simply take turns jumping over the snake. This game simply helps kids develop coordination skills.

You may have played this game when you were a child too. “Helicopter, helicopter, over my head, I choose a color and the color is red!” In this game, a kid as a leader of the game twirls jump rope and other players have to try to jump over the helicopter blade if they wear the color or item the leader announced.

Some Games to make everyone feel involved:

You can play this game with a team. In this game, each player has to compete with the other to win. They jump together and while figuring out how to get the most jumps. Every team member will jump and count his own jumps.

6. A History of Double Dutch

Double dutch is also a jump rope game that is popularly played by players by turning two parallel jump ropes in egg-beater style. It is really an interesting game to develop jumping rope skills.

7. How to play Chinese Jump Rope

In England, this game is known as French Skipping. In Scotland it is American Jump Rope, In Canada, it is Yiki, In Germany, it is gum twist and In Great Britain, Australia, and New Zealand it is known as elastics. It also means that his game is popular all around the world.  In this game, you need to use a circular rope, often made of rubber bands tied together.

Other fun ways to use jump ropes:

In tic tac toe games you need 4 jump ropes to make a giant board in the shape of a “ Hashtag- #”; players can also use their bodies to make X’s and O’s. No jump ropes. For this, you can use cones, tape, or chalk also.

If you have active imaginations you can also invent a game. Create your own game with Jump Theory’s best jump ropes with your own rules and enjoy it. For more such creative ideas related to jumping rope games, stay connected.