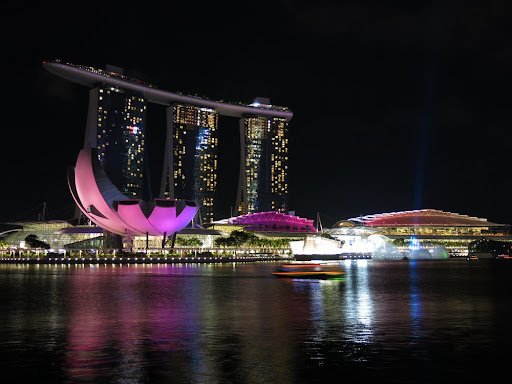 Integrated resorts, often abbreviated IR, are seeing a boom in popularity all across the globe. A trend that started in Las Vegas has spread worldwide. Asia appears to provide an exceptional environment for IR development. Multiple such projects have already been built in Singapore and Macau, with plans for more to follow in Japan and other territories.

Integrated resorts are seen as a great solution to stimulate the economy, increase tourist numbers, attract foreign investments, and reduce unemployment all at once. Furthermore, such a project can work wonders for revitalizing underdeveloped areas. So what are integrated resorts more precisely? We’re meticulously analyzing the topic in this article as well as listing the countries ready to adopt this booming trend.

What Are Integrated Resorts?

Half of the definition is right in the name. We’re talking about a resort that is designed on a large scale to include varying facilities. Besides hotel accommodation (considered to be the centerpiece), Integrated Resorts typically offer a casino area, shopping venues, business facilities, and more.

The gambling component is the critical element that separates Integrated Resorts from regular accommodation and entertainment areas. There are numerous examples on the Las Vegas strip, and places like Malaysia and Macau joined the trend. Actually, the top three largest integrated resorts right now are:

Benefits Brought by IRs to Japan and Singapore

As mentioned in the introduction, such projects bring many advantages to the local communities and countries that host them. So, it’s no wonder that countries looking to revamp their economies and improve tourism are seeking to build Integrated Resorts. Casino gaming, of all kinds, has an attractive quality that is only increased when attractive amenities are added to the package. Asia seems to provide the best climate for these large resort experiences. Japan and Singapore in particular have both shown keen interest to develop IR facilities.

It’s no secret that Japan is seeking to revitalize its economy and shift its culture in more progressive directions. One solution could come from building Integrated Resorts in tourist areas. The first steps in that direction were taken by passing the Integrated Resorts Promotion Law in 2016. That was followed by the IR Maintenance Law in 2018.

These laws set the foundation and framework for Integrated Resorts in the country. The legislative background is essential because Japan has a harsh stance on gambling, especially casinos. So, with the Japan casino bill in place that allowed three establishments, the stage is set for negotiations between country officials and IR operators.

Osaka Prefecture was the first region to show a clear interest in developing IR. Osaka Bay, more specifically, the artificial island of Yumeshima, was a possible site. Furthermore, MGM Resorts International bid on the project in Osaka. The confirmation of MGM’s involvement came in September 2021. The preparations for the project are expected to start in 2023, and the construction should be finished by 2029. If completed, the Osaka Integrated Resort should employ 15,000 people while attracting around 20 million visitors per year. Adding the $10 billion initial investment to the mix makes quite a lucrative deal for Japan.

Nagasaki and Wakayama are other Japanese prefectures interested in the prospect of building IR on their territories. However, even with the law in place, the process is still moving slowly.

If the Japanese officials needed more examples of how Integrated Resorts help the economy and improve local communities, they could take an example from Singapore. The initial investment of SG$ 15 billion for the Marina Bay Sands and Resorts World Sentosa has proven to be a success story. Both resorts are attracting millions of visitors and greatly improving the economy in the area.

New plans are in place to expand the two IRs and the creation of the third one in Singapore. The expansions alone will create around 5,000 jobs while the new project could add to the impressive numbers. The Resorts World Sentosa project expansion also includes two new attractions – the Super Nintendo World and a Minion Park. Also, plans for a Singapore Oceanarium are underway, which will rebrand the SEA aquarium and boost its capacity three times.

While there’s no denying that Integrated Resorts bring lots of benefits for the hosting countries, things are moving quite slowly in Japan. The deadline for development plans submission for the three prefectures is set for the 28th of April, 2022. However, the expectations are high following the Casino bill that was seen as a huge step towards making IRs a reality.

MGM’s project in Osaka has the biggest chances of turning into reality at the moment. However, only time will tell if the local authorities will stay true to their plans. In the meantime, all the countries that developed Integrated Resorts are reaping the benefits, which should be a great incentive for the Japanese officials.