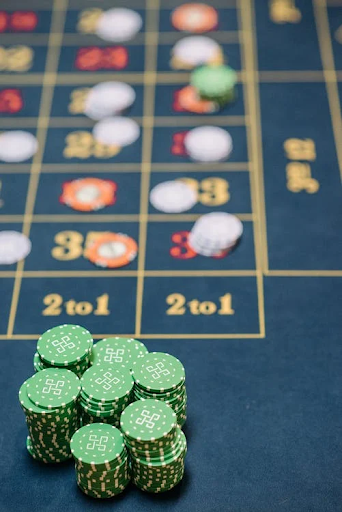 Integrated resorts have been a popular concept world wide. The idea of combining a luxury hotel resort with a casino to create a unique recreational environment is not necessarily new. These types of facilities already exist but generally are for high rollers and tourists. In recent news, Japan has revealed plans for introducing integrated resorts after the Diet, Japan’s Parliament, passed a bill to legalize casino gaming at such facilities.

The Integrated Resort (IR) Promotion Law aims to introduce casino gambling but only inside such resorts as the nation currently has no stand-alone casino approved by the government.

The introduction of the IR law has gained quite the attention from casino enthusiasts who are more than excited about what Japan’s Integrated Resorts have in store for them as the nation strives for perfection and will not disappoint with their first Integrated Resorts, slated to open by 2028 at most.

Japan’s government has been making a push to increase tourism in the nation. Having reached a spending record of 4.8 trillion yen in 2019. Tourism is considered to be a major driving force for the national economy of Japan. There is a hope that establishment of IRs will attract more. Japan’s IR law came into effect in 2018. Since then, several international casino operators have expressed, various levels of, interest in working with local municipalities to establish IR casinos. Big well known casino operators like Caesars, Las Vegas Sands, Wynn Resorts, and MGM Resorts have shown great interest in Nagasaki, Osaka, Wakayama, and Yokohama. The bidding process has been fraught with delays, but things do appear to be moving forward slowly.

The majority of members in Nagasaki Prefecture approved of the prefecture’s plans to establish an integrated resort casino in the city. The Prefecture has signed an agreement with Casinos Austria International as a partner for the effort. Sasebo is the specific location that has been selected to move forward with the prefecture’s plans. The integrated resort is expected to attract 6.37 million visitors by 2031 and earn a revenue of 271.6 billion yen by the same year.

Most residents of the area support the development of the IR in the region. Not only will the direct boost to the economy be large, the increase in tourists will create ripples throughout the area. There are many other tourist attractions in Nagasaki and Sasebo. The highlight of Nagasaki is the Kyushu island which offers beautiful offshore islands, hot-spring spas, and historical sites. The Huis Ten Bosch amusement park, which is modeled after a Dutch town, offers various flower gardens to visit and cruising opportunities off the coast.

Osaka Prefecture has teamed up with MGM Resorts International and Orix Corp in bidding to construct an integrated resort in the city. Residents of Osaka are in favor of the resort’s construction in the city. The proposed 770,000 square meter establishment will be built in Osaka Bay. The target to open is set for 2029. The plan features various dining offerings, retail space, spa, and banquet halls with capacities to accommodate more than 6,000 visitors.

Osaka is the commercial center on the island of Honshu in Japan. Tourists and travelers can take in the modern nightlife, an incredible street food scene, and modern architecture the city is best known for. Historical landmarks of the city are well kept and offer a unique perspective on the region’s history. Osaka Castle has gone under several restorations and is an incredibly popular spot for travelers to visit. The luxury of integrated resorts combined with the city’s own offerings has piqued the interest of many.

Wakayama Prefecture has plans to build an integrated resort facility on the island of Marina City. The Prefecture officials have signed an agreement with Clairvest Group’s subsidiary, Clairvest Neem Ventures (CNV) for the construction of the resort. The project is supported by residents and as it has the potential to attract tourists from around the world, boosting tourism and the economy at the same time.

The best-known tourist spot in Wakayama is, of course, Mount Koya. Visitors from around the world come to visit the mountain which is now the home of Shingon Buddhism. Guided tours are some of the best things available in Wakayama. With the establishment of an integrated resort, travelers will be able to partake in their casino games in the evening after they’ve taken a hike on Mount Koya earlier in the morning. Truly an amazing opportunity to have one’s cake and eat it too.

Opening three integrated resorts will boost the economy and tourism of Japan in several ways. Major casino conglomerates from around the world have shown interest in establishing an integrated resort near Tokyo, although no plans have been officially announced. No doubt major operators will seize the untapped opportunity in Japan as the nation is lifting the ban on gambling. As a country with such an advanced economy and a love of games like pachinko, casinos seem like the logical next step.

Asian countries with casinos have a reputation for tourism. Macau and Singapore are such destinations that have reaped the benefits of integrated resorts and the boost in tourism that comes along with it. Japan will no doubt see a boom in domestic, regional, and international tourism all because of the newly established integrated resorts in the popular regions of the country.

Integrated Resorts in other Nations:

Various countries around the world have either plans or already opened integrated resorts. Job creation, a boost in the economy, and more tourist attractions. Integrated resorts have been a popular choice for many gambling enthusiasts that often travel. Some of the countries that feature resorts are as follows:

Japan’s integrated resorts bill is the next big step in the casino gambling and tourism industry world wide. Casino businesses do not exist in Japan aside from offshore online operators and bookmakers. Gambling activities are under strict regulations and only a few legal options are available, such as pachinko and soccer lottery. The IR bill promotes gambling in family-friendly resorts though it is more inclined towards the promotion of tourism which will undoubtedly lead to significant economic growth in the country moving forward.