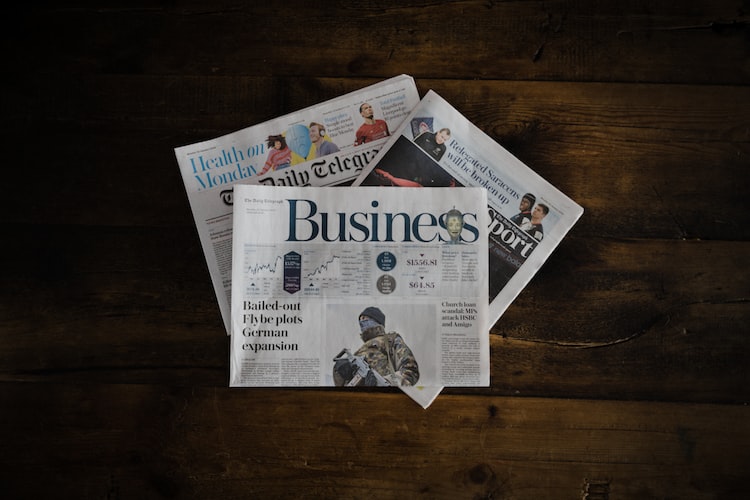 With the advancement of technology and an increase in the number of internet users.  Researchers have found that the internet is killing the printing of the traditional newspaper. A newspaper is a medium which provides us the significant pieces of information. America has 1300 daily newspapers throughout the country. This piece of the web page will provide you list of the best newspaper in the USA.

Here is the list of top newspaper in the USA

USA Today is one of the most popular newspapers in the US. Gannet proposed the prototype of his publication in June 1981. On 15 September 1952 USA Today started publishing its newspaper.

USA today is sold internationally such as in Canada, Europe, Asia. It is known for its accurate news along with amazing graphics which makes the newspaper more attractive.

The New York Daily Times was founded in 1919 by Joseph Medill Patterson. It is an American newspaper based in New York City. It is officially titled Daily News. It is one of the best newspapers in the USA which was printed in tabloid format.

The New York Daily Times reached became more popular in 1947. It started selling 2.4 million copies a day. It has won the Pulitzer Prize for Editorial Writing and Photography.

The Wall Street Journal is considered to be the best business newspaper in the USA. It was founded by Charles Dow and Edward Jones. The journal is published six days a week. It provides international editions that are available in  Chinese and Japanese.

Matt Murray is the editor-in-chief and its headquarter is situated in Avenues of America.  The Wall Street Journal has its own Pulitzer Prize for Public Service.

Los Angeles Times which is commonly known as L. A time is one of the most circulated newspapers of about 46800 since 1881. The L.A Times is one of the popular sources for entertainment, sports, business, politics, etc.

In the year 2000. The Tribune Company bought The L.A Times. Nant Capital and LLC is the of this newspaper. The Los Angeles Times has won more than 40 Pulitzer prize, with the most recent in 2016.

Newsday is also the best newspaper in the USA. It is published in Nassau and Suffolk and Queens in Long Island.  It circulates 43700 newspapers on daily basis and 495000 on Sundays. Patrick Dolan is the owner of the Newsday newspaper.

In 2009 the weekday circulation reached 350000 which was declared as the 11th highest among the sub-urban newspaper.

The newspaper is sold in a large number throughout the New York  Metro Politan area. It has also owned many Pulitzer prize for Public Service and Breaking News Reporting.  Recently, it is also nominated for Pulitzer Prize for editorial writing.