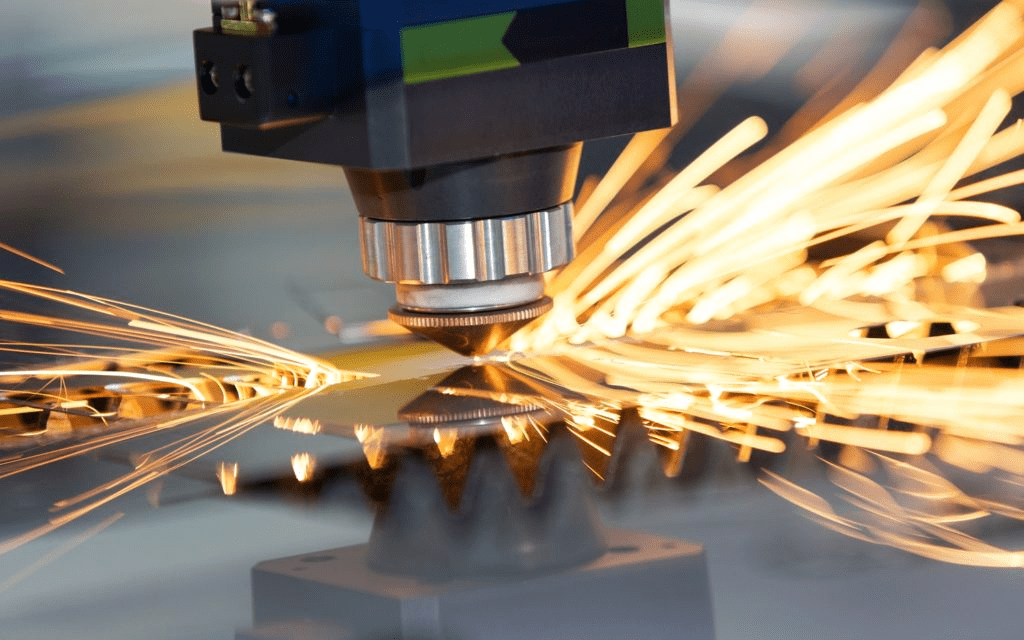 The manufacturing landscape is ever-changing as a result of improvements in modern technology. If I told you that heated laser rays could be used to create chassis of your best car, would you believe me? Probably not!

Well, as wild as it may seem, it’s possible;  fiber laser cutter is used to shape, mold, and work on metal parts with a higher degree of accuracy and precision never seen before. Well for this article we are going to lay bare all secrets regarding sheet metal.

For years, lasers have been used by artisans and jewelers to cut through thick metals and diamonds during jewelry making. The technology is also used to power printers, scanners, internet signals, telecommunications systems, to mention a few. We are also going to talk about laser tech in sheet metal production briefly.

How is laser cutting used in sheet metal manufacturing?

In sheet metal manufacturing, lasers play a vital role in a wide variety of sectors. The hot light beams are mainly used to vaporize, cut, and melt all sorts of metals. Its quite a remarkable precision tool that allows our operators and Nice Rapid to control the depth and intensity of the cuts easily.

The cutting process is based on thermal control as it involves the focusing of light beams and manipulating it in a monitored environment. One of the most widely uses laser beams in the engraving of metal pieces.

The science behind laser cutting tech

Laser cutting used in sheet metal employs the use of the application of the CAD systems in manipulating the six-axis robot or six-axis flat-bed in 3D cutting. The entire procedure is fully automated and requires little or no human input.

At our shop, laser cutting truly does a fantastic job as its precision rate is close to 100%, but the only drawback is the calculation that goes into it can be quite tedious for engineers and designers.

The science of laser tech is not complex or intricate at all. In a laser cutting machine, the resonator projects a beam using a beam path. The projection of the beam is done as high-intensity column light on a single wavelength.

Through the beam benders, the rays bounce off different directions that’s done using multiple mirrors uses to improve the visibility of the beams as well as control temperature projection. As the laser passes through the bender, the beams are focused on the metal that’s worked on.

Afterward, the concentrated beam passes through a nozzle before it hits the sheet metal. With regards to the delivery of the laser beam, it’s mostly done through a compressed gas. Most producers employ plain oxygen, while others opt for nitrogen. The beams that pass through the nozzle are vital in cutting, shaping, or melting metals.

Focusing on the beams can also be done using curved mirrors positioned at the cutting head. This is mostly done when clients want customized tasks and small-scale specifications. In sheet metal manufacturing, distance is critical; even a little miscalculation can lead to the production of defective parts.