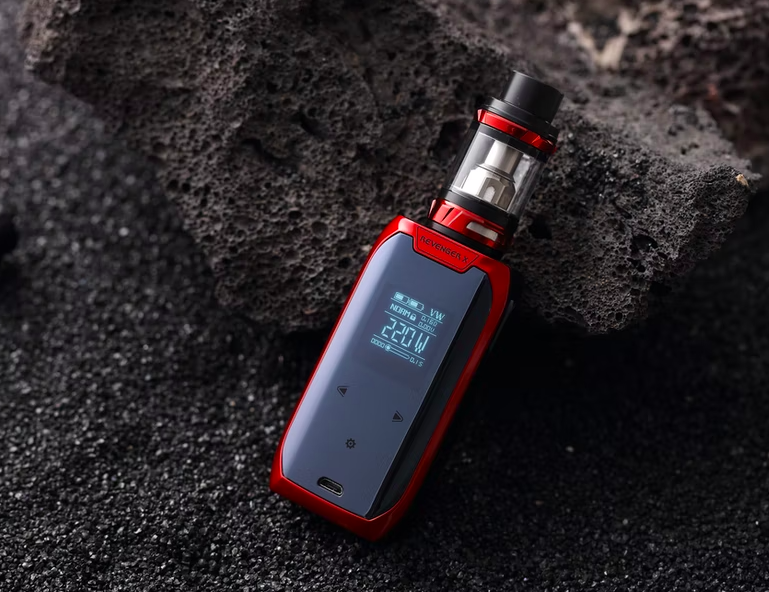 With vaping being a better alternative to smoking, it is no surprise that many young and old people are choosing to indulge in this experience. However, there are various ways and materials involved in vaping.

Box mods and vape batteries are two such items that serve similar functions but have some distinct differences in the way they work and the components used.

So, if you want to learn about the differences between these two vaping elements, keep reading this article.

The box mod is a vape that has been steadily getting more popularity. They are technologically advanced and contain numerous electrical components and safety features that enable users to get the most out of their vaping experience.

True to its name, a box mod is shaped like a box and contains powerful batteries that last a long time, unlike its other vaping counterparts.

Box mods are perfect for users who want to customize their vaping experience. All the components of these mods, such as batteries, atomizers, and tanks, can be changed and replaced as per convenience.

It also gives users control over the power used for the atomizer and the degree of heating the coil to release the flavorful vapor to be inhaled.

Box mods come with a display screen for more control and have various unique features that aren’t available with just any vaping device. This is partly due to its larger size, which provides ample space for additional features.

Unlike a 510 thread battery, box mods are operated by a PCB chip that receives power from a strong in-built, interchangeable battery. Due to their large size and advanced technology, the battery can last an entire day.

Thus, it does not have to be constantly recharged and rarely runs out of juice for your vape needs. This feature especially comes in handy during long trips where charging facilities are unavailable.

A vape battery also called a vape pen, is a part of the device that holds the internal battery. The battery can be operated either manually or automatically.

In the case of manual batteries, there is a button you need to press, which activates the battery and releases the puff.

However, in automatic batteries, there is an inbuilt sensor triggered by the rush of air during inhaling, which, in turn, activates the battery to begin the release of flavor.

Vape batteries are small and discreet

The vast majority of people use vape batteries because they are discreet and do not draw attention. However, while vaping has gained a lot of popularity through the years, it is still not something many people like to brag about.

For teenagers who spend most of their time at school or home, vape batteries are subtle and reduce the risk of getting caught by their parents or teachers.

Vape batteries are not as customizable as box mods, which is one reason it is suitable for casual vapers who don’t have any expertise in modifying their hit. They are simpler to use with premade cartridges and have a less intense hit, which is preferable for first-time users.

Although the battery life isn’t as long as box mods, vape pens still last for a good amount of time as they use a 510 battery and does their part in providing an enhanced vaping experience.

Both box mods and vape batteries provide smooth vaping experiences with differing intensities. However, the decision to use either one should depend on the type of user you are and the experience you desire while vaping.