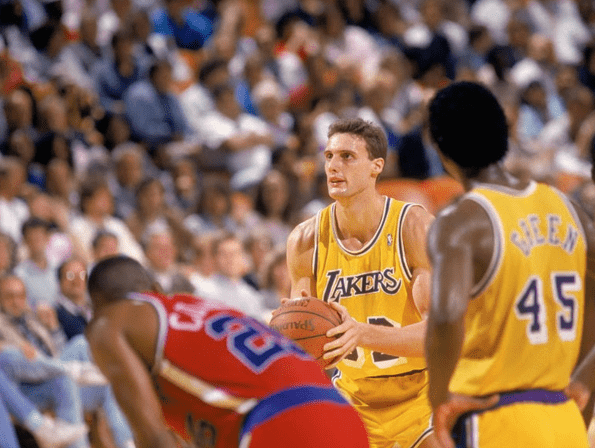 It’s been a banner year for Canadians in the NBA. There were 22 Canucks populating places on NBA rosters during the 2020-21 campaign. Among that group, 13 Canadian players still remain in the hunt for the NBA title as the playoffs are about to get underway.

There’s even a Canadian coach in the mix, Steve Nash of the Brooklyn Nets. A season-ending knee injury will prevent Jamal Murray from helping the Denver Nuggets, Western Conference finalists in 2020, make another playoff run. Last year, Canada’s Kelly Olynyk reached the NBA Finals, but his Miami Heat was vanquished in six games by the Los Angeles Lakers. Players like R.J. Barrett of the New York Knicks, Andrew Wiggins of the Golden State Warriors, and Tristan Thompson of the Boston Celtics are among other Canuck roundballers who will be participating in the playoffs.

Whether any of them are situated on teams that would be viewed as contenders in the NBA Finals betting might be a debatable subject, but as long as their teams remain alive in the postseason, they are at least in with a chance to join a select group of individuals – Canadians who’ve played for an NBA Championship team.

Let’s take a look at the Canadian players who earned a place in hardwood lore as NBA champions.

“Mike Smrek” by Mike Powell/Getty  is licensed under CC BY 3.0

The first Canadian to play on an NBA finals-winning squad, Smrek found it so nice, he actually did it twice. From Welland, Ontario, the 7-foot Smrek broke into the NBA as a teammate of Michael Jordan with the Chicago Bulls in 1985.

He got his big break the following season when Smrek joined the Lakers as a free agent. Smrek spent two seasons serving as understudy to Hall of Famer Kareem Abdul-Jabbar, picking up a pair of NBA Championship rings while coming off the bench.

Like Smrek, Montreal’s Wennington was also a backup center who played alongside MJ. Only he did so just as the Bulls were evolving into an NBA super team.

Wennington actually started 20 games for the 1995-96 NBA champion Bulls, averaging 5.3 points per game. Mostly, though his role was as a backup to Luc Longley, it paid off in a trio of NBA titles for Wennington.

Perhaps no Canadian played a bigger role than the one Toronto’s Fox filled as the Lakers won three straight NBA crowns. Fox was the Lakers’ starting small forward during the 2000-01 and 2001-02 seasons, taking the floor alongside Shaquille O’Neal and Kobe Bryant.

He scored 20 points in L.A.’s Game 5 clinching win over the Philadelphia 76ers in 2001. Fox averaged 9.8 points per game as the Lakers swept the New Jersey Nets in the 2002 NBA Finals.

Canadian players seem to have an eye for the right talent to align with in order to achieve success. For Montreal’s Anthony, he was part of the superstar-laden Heat squad that brought LeBron James and Chris Bosh to South Beach to join Dwyane Wade.

“Joel Anthony” by Wikimedia is licensed under CC BY 3.0

He played in 17 games during that playoff run to the title.

Toronto-born center Thompson started all 20 games of the 2016 playoffs for the Cleveland Cavaliers as they became the first team in NBA Finals history to rally from a 3-1 series deficit to win the title, coming back to beat Golden State.

In Game 6, Thompson pulled down 15 rebounds. In Game 7, he grabbed 16 boards and scored 15 points. Cleveland showed a point differential of +32 in that game when Thompson was on the floor.

Montreal-raised Boucher was on the roster of the 2017-18 champion Warriors but saw no game action in the playoffs.

Joining the Toronto Raptors in 2018-19, Boucher would make history. Though he only played in two playoff games and averaged 2.5 points per game, when the Raptors beat the Warriors in a six-game NBA Finals, Boucher became the first Canadian NBA player to win a title with a Canadian NBA team.