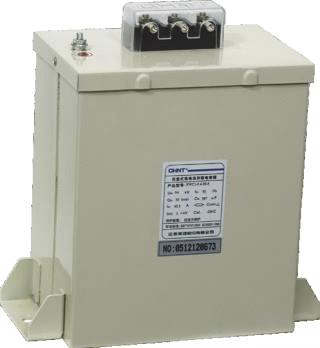 Shunt capacitors are devices that store electrical energy in a power system. They are connected in parallel with the circuit, and their primary purpose is to provide reactive power support. Shunt capacitors can be found in various locations in a power system, including at the substation, on the distribution line, and at the customer premises. This article will break down the 6 most typical locations to place a Self-heating Shunt Capacitor in an electrical power system.

1- Installation of capacitors on the transformer LV Side

1-There are many benefits to installing capacitors on a transformer’s low voltage (LV) side.

2-The most common reason for installation is to improve the system’s power factor (PF).

3-Another reason for installation is to mitigate harmonics on the LV side of the transformer.

4-Capacitors can also be used to improve the system’s reliability by providing backup power in case of a momentary outage.

The most common location for a shunt capacitor bank is at the substation. This is because the substation is typically the farthest point from the customer and therefore has the most significant impact on the power factor.

Self-heating Shunt Capacitor banks can also be installed at the distribution transformer. This is usually done when the loads on the transformer are light, and there is no need for a shunt reactor.

Capacitor banks can be controlled manually or automatically. Automatic controls are typically used for larger banks, while manual controls are more common for smaller banks.

The most common location for shunt capacitor banks is at the substation. This is because substations typically have the highest reactive power demand of any location in a power system.

Self-heating Shunt Capacitor banks can also be installed at other locations in a power system, such as at the end of long transmission lines. This is often done to improve the line’s voltage profile and reduce losses.

Shunt capacitors are used to correct the power factor in a power system. They are connected in parallel with the load and are usually installed at strategic locations in the system.

Pole-mounted capacitor banks are one of the most common types of shunt capacitors. They are usually installed on utility poles and can be used to correct the power factor for an entire circuit or individual customers.

Pole-mounted capacitor banks typically consist of several connected capacitors in series or parallel. The capacitors are often enclosed in a metal box to protect them from the environment.

Pole-mounted capacitor banks are typically used in medium to high-voltage power systems. It is possible to use them both in AC and DC systems.

Shunt capacitor banks are used to improve the power factor of a power system by storing electrical energy in the form of an electrostatic field between two conductors. The capacitor bank is connected in parallel with the load and provides a reactive power flow to the load.

Shunt capacitor banks can also be used in series with the load, but this is less common. In this case, the capacitor bank provides an inductive reactance to the load, which improves the system’s power factor.

Shunt capacitors are an essential part of any power system and can be found in various locations. By understanding where they are typically located, you can better understand their work and purpose. Thanks for reading!