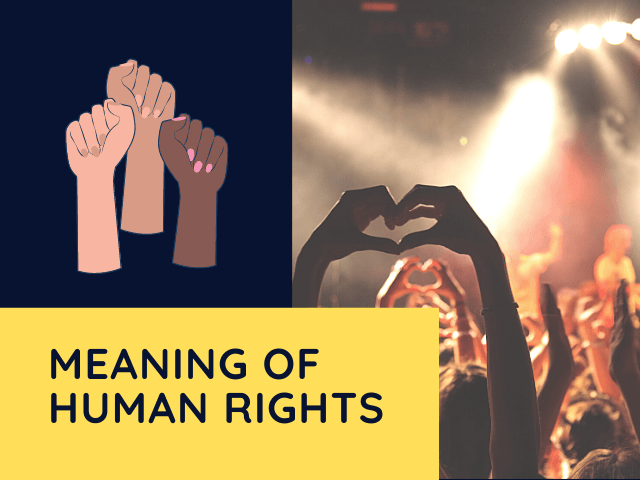 Human rights are rights that all people have, regardless of race, gender, nationality, sexuality, language, faith, or other class. Human rights include, among other things, the right to life and liberty, freedom from slavery and torture, freedom of thought and speech, the right to work and education, and many more. All, without exception, is entitled to these rights.

How can I learn human rights?

Normally they are taught at school and all children should be able to know human right in their most basic form. You can also take human rights courses to expand your knowledge about the history, legislation and case studies.

The establishment of a substantive body of human rights law—a standardized and universally covered code to which all nations should subscribe and all citizens aspire—is one of the great accomplishments of the United Nations. The United Nations has established a wide variety of universally recognized rights, including legal, educational, physical, political, and social rights. It has since put in place processes to encourage and defend these rights, as well as to support states in carrying out their obligations.

The United Nations Charter and the Universal Declaration of Human Rights, which ratified by the General Assembly in 1945 and 1948, serve as the basis of this body of legislation. Since then, the UN has increasingly extended human rights legislation to include specific standards for women, girls, people with disabilities, minorities, and other disadvantaged communities, who now have rights that shield them from discrimination that was once widespread in many societies.

The Universal Declaration of Human Rights (UDHR) is a watershed moment in human rights history. The Declaration was drafted by delegates from all parts of the world with diverse legal and cultural contexts, and it was proclaimed by the United Nations General Assembly in Paris on 10 December 1948 by General Assembly resolution 217 A (III) as a shared principle of accomplishments for all peoples and all nations. For the first time, it establishes basic human rights as uniformly secured.

Since its ratification in 1948, the Universal Declaration of Human Rights has been translated into over 500 languages, making it the most translated text in the world, and has influenced the constitutions of many newly independent states and democracies.

Rights to the economic, social, and cultural well-being

In 1976, the International Covenant on Economic, Social, and Cultural Rights went into effect. The Covenant aims to promote and preserve the following civil rights:

Suggested Reads: What You Should Know Before Applying to Nursing School

the right to live in just and favorable conditions; the right to social security, an acceptable standard of life, and the highest attainable levels of physical and mental well-being; the right to knowledge and the enjoyment of the rewards of cultural equality and scientific progress.