Some of the reasons why antiviruses do blocking 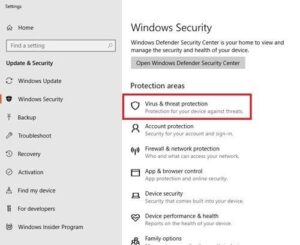 Avast is a technology company that offers antivirus and security for internet software for individuals, businesses, and institutions, mainly education institutes. Avast antivirus program and its free antivirus program are top-rated in the market and preferred by most companies and institutions. This program provides robust security for Windows and Mac OS computers, and the best feature of this program is that avast blocks a program from accessing the internet if it is found a threat to the computer.

It is considered one of the safest antiviruses, fully loaded with features to protect your system from viruses, malware, internet threats, and cyber attacks. In addition, there is a web shield program that protects users from internet threats. This includes content from some websites restricting downloads, email securities, and sometimes credit card theft and avast blocks the entire webpage from visiting. Here we will see some of the reasons why avast blocks websites and programs and how users can install them and stop antivirus from blocking those websites and programs.

Some of the reasons why antiviruses do blocking

Why do users prefer antivirus programs because they expect errorless protection for their computer or system? When it comes to antivirus, everyone would like to have the perfect solution that they can work independently without even thinking about threats, viruses, and malware until their antivirus licenses expire.

When installing avast, antivirus and its internet security pack designed by avast will automatically install in your system. This pack protects users from internet threats from unknown sources, which can harm their pc if downloaded. But many times, avast blocks some websites and safe programs, but antivirus considers them as potential threats, which are false-positive results. However, there are some ways you can get rid of so let’s see how to stop antivirus from blocking a program.

Suppose you are damn sure about the safety of any program or website, but antivirus is arguing about this. In that case, there are some ways you can add those websites or programs without the interface of antivirus. Let’s see those ways. If you are familiar with avast antivirus and explore its options, you can easily configure your avast antivirus to fix the antivirus from blocking.

There are some ways you can add those programs and websites into a safe list that avast will not block them in the future. Users can also permanently disable the website shield from blocking the website on your system. Below are some steps to fix avast antivirus from blocking.

Also Read – what is sonar protection

Step 1: If you are using a Windows computer, click on the start bar and type “Avast,” select the first option to launch the Avast antivirus program on your computer. Click on the menu option at the top of your screen and select Settings.

Step 2: Usually, click on the Exceptions option in the left pane and click on the big green button that says “Add exception.”

Step 3: Finally, enter the website URL you want to exclude from web shield scanning and click the “Add exception” button.

That’s it, after following these steps, avast won’t block resources and websites in the future. Users can also add a file path to exclude it from scanning.

There is a setting in the avast program ofwhitelist. It is also called an exclusion setting. It allows users to add websites or programs that antivirus considers unsafe, but users have argued that they are safe. After users add those programs to the execution list, they will not face any further issues and avast unblock blocked programs. Users should be confident about those particular programs or websites that they are safe before adding them to the execution list. After adding them to the list, avast will not scan it anymore.

See also  Meditation App is a Good Idea for a Startup

We have discussed the avast antivirus program and the reasons why it blocks some websites and programs. In conclusion, we would like to suggest keeping your data backed up for protection before using the methods mentioned above to stop antivirus from blocking. Try these methods so that you can get an opportunity to unblock websites or programs that are useful.