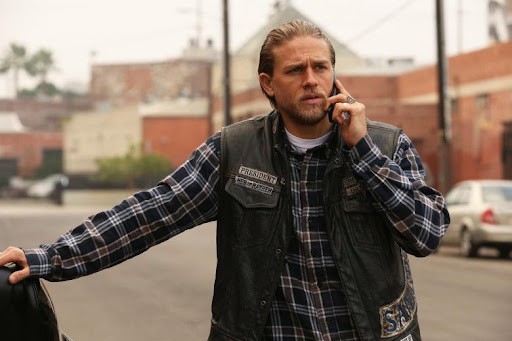 American tv series if not always then often leave an impression on its viewers but some times it is observed even more impactful when the audience admires the cast to an extent where imitating them becomes the goal and the same is the case here with a TV show released back in 2008 and lasted till 2014, We are talking about the action crime drama series The Sons Of Anarchy.

For those of you who have watched the series, you all must know what today we will be talking about but for those who haven’t, here is the main objective of the series: it revolves around a motorcycle club in a town that originated in California’s Central Valley. As you all read about the word ‘motorcycle’, it creates this aura in our minds about classic biker’s wardrobe, featuring men wearing ripped jeans and riding crazy with tattoos on the entire body and so is this serial.

It features Charlie Hunnam as the main character under the name of Jax Teller where half of the art lies in his performance, the other half is unveiled by the wardrobe that the production decided to spend on which is also the reason why this serial got immense popularity. 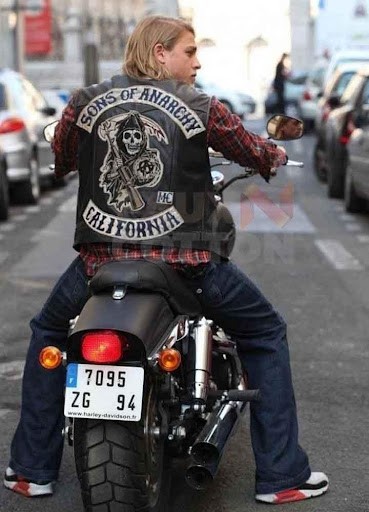 Winning is one thing but being able to be noticed without winning is a skill that fewer of us are aware of. What do you all think? How does a celebrity achieve worldwide recognition worth trillions? Multiple reasons but wardrobe, styling, and keeping up with the fashion are some of them that cannot be ignored. Just like Charlie Hunnam who plays the character of this young, loyal, and brave individual who despite doubting the laws, is still ready to do anything for his club seems to have a catchy outfit on most of the time. Now if you ponder upon creating the exact same outfit it might cost you more than you want to however if you look closely you will be able to apprehend how this attire can be imitated without costing much. 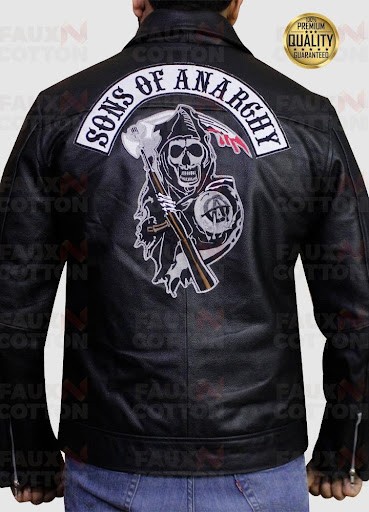 Jackson aka Jax teller is seen in the show wearing a very conventional set of clothing but in one way or the other, the viewers have found it appealing. Like this one time when he showed up wearing a black leather jacket, the crowd almost went crazy, and why not? The leather itself is a worthy investment and becomes, even more, when it has Sons of Anarchy patches. This character is framed to wear vests mostly but the article we are sharing here is one with a hood attached to a leather body with so much detailing that not falling in love with it seemed nearly difficult. Not only the design but the back with embossed embroidery saying ‘Sons of Anarchy’ and its monogram, was also the reason this piece came in demand in contrast to which, other comprehensions seemed promising too creating a dazzling wicked sort of design as a whole which was praised by many and demanded by multitudes. 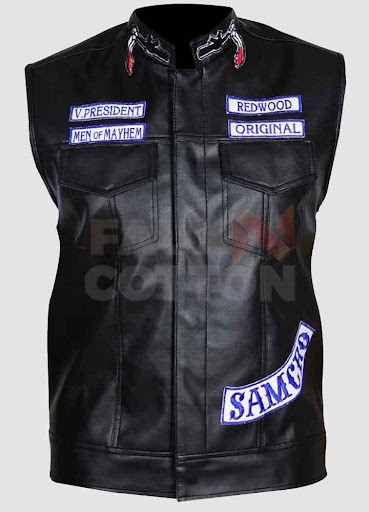 Apart from the Sons of Anarchy leather jacket, one more leather garment was seen in the series. This one we would like to elaborate on a bit since it is the signature outfit of the hero. Jax Teller is seen wearing a leather vest in vintage style in quite ample scenes of the serial, in fact, most of us know it as the trademark outlay of the hero. Diving into the details, it is a faux leather design crafted with a stand collar having click buttons on it while traditional two chest pockets having a flap cover. What is not traditional about this black leather vest is the SAMCRO logo at the front bottom representing the motorcycle club hero owns. Together with that, the back of this waist is customized with the famous skull logo with an embroidered label reading ‘Sons Of Anarchy’ this combined makes this vest special and wanted since it’s a piece worth millions for fans. 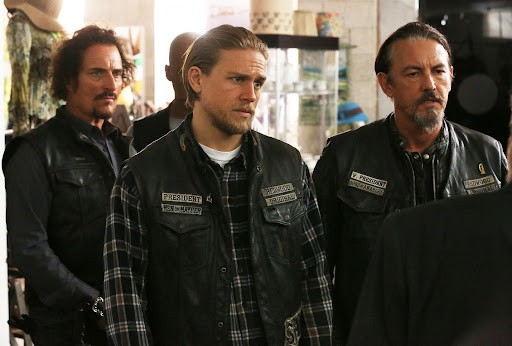 Time after time we have seen heroes and heroines wearing uneasy and expensive outfits that we do adore but are pretty much a hassle to carry however here what we have is somewhat of a much easier attire. So its a good news if you are a Jax fan because his closet throughout the series is not only kept comfortable but inexpensive as well.

The jacket and vest discussed above can effortlessly be paired up with anything literally (metamorphically) anything. That black hooded jacket would look amazing with a pair of black pants and sneakers and would also look wondrous with a pair of loose denim jeans or maybe even better with ripped jeans. So you see it all goes down to what your choice is and depends on your availability of clothes at the moment.

As far as the vest is concerned, just like your idol, a check shirt would work miraculously with it or a simple plain single tone Tee would also look nice. Mainly the choice of footwear is not restricted to any specific type this makes it prompt that Jax Teller outfits in the entire show are not something a mainstream fashion addict would find difficult to pull off in fact, one can rock multiple new attires with these two (in precise) clothing articles and while they are at it, it shows your love for the show as well.

At the end, if not anything this blog must have helped you gain knowledge about what seems to be screen accurate only can be bought, worn, and rocked in our daily lives too. With that being said, we will bring you more exciting and easy to buy outfits that seem to be worthy but can be designed according to our own expediencies in our upcoming blogs till then watch more of some new drama series and let us know what do you look forward to wearing and who are you inspired too.