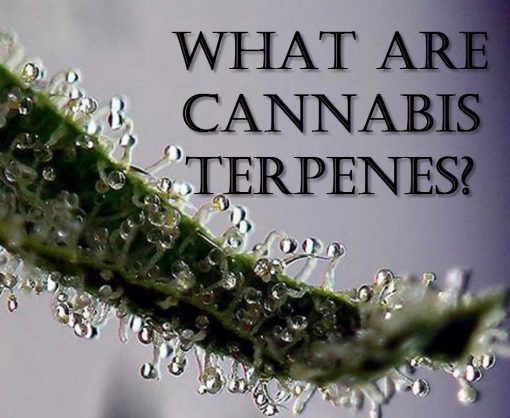 Cannabis is quickly becoming more mainstream due largely in part to its medicinal uses. From improving sleep and decreasing pain to helping with focus and relieving the symptoms of anxiety, it has a wide variety of benefits. One such benefit is terpenes.

An organic chemical produced by most plants and select animals, terpenes act as volatile aromatic molecules that work to give each plant (and some animals and insects) their unique scents. Terpenes have two jobs. The first is to protect flours from predators and the second is to produce a resin that is often used to produce essential oils used in beauty products and medical supplements. By now, you’re probably wondering how it relates to cannabis. Understanding cannabis terpenes is quite easy. Simply put, cannabis terpenes are what cause each strain to have its own unique taste and smell. Depending on how the cannabinoids are processed, terpenes may also enhance the effects.

How Do Terpenes and Cannabinoids Interact?

Cannabis hosts more than 120 different terpenes, coexisting with the CBD and THC in the plants. While terpenes are not psychoactive the way that THC is, they do have therapeutic properties that can enhance the medical effects of using cannabis. This is because the terpenes interact with the body’s endocannabinoid system, helping cannabinoids to enter the bloodstream. Each one of the terpenes has its own effect. For example, limonene increases serotonin levels and creates a happier high, while myrcene increases cell permeability and helps the body to absorb cannabinoids more quickly.

What Are the Medical Properties of Terpenes in Cannabis?

There are many different medical properties of terpenes in cannabis, including relaxation, boosting focus, and relieving stress. In recent years, scientists have decided to focus on the effects of terpenes in cannabis more seriously. Jürg Gertsch first realized that beta-caryophyllene binds to CB2 receptors. He listed it as a dietary cannabinoid and concluded that the terpene in all green vegetables is excellent for humans. Then, in 2011, the British Journal of Pharmacology published an article by Dr. Ethan Russo that explained the therapeutic properties of terpenes in cannabis. He noted this was especially true for cannabis products that don’t contain THC. Some research even shows that some terpenes may kill respiratory pathogens such as the MRSA virus.

What Are the Effects of the Most Common Terpenes?

There are several common terpenes in cannabis, each having its own effects. In addition to the abovementioned myrcene and limonene, you may find several other options.

Whether you have insomnia or chronic pain, depression or anxiety, there is a wide range of situations in which using cannabis products may help you. Talk to your doctor to learn more about your options.