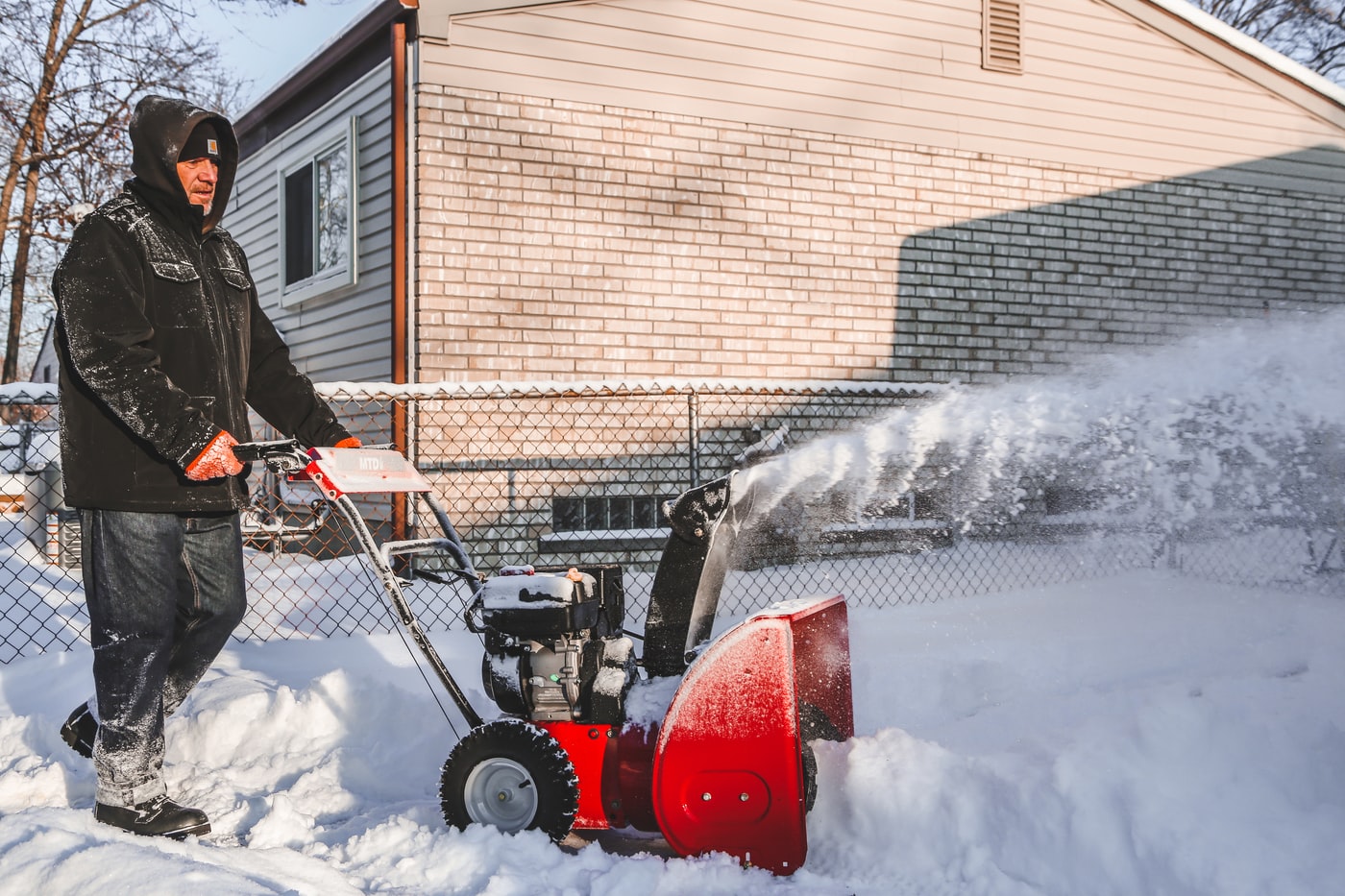 Snowblowers are a fantastic tool for anyone who lives in an area of the country with a reasonable amount of annual snowfall.

They drastically reduce the time it takes to clear your driveway or sidewalk, and won’t leave you with aching muscles as using a shovel can.

However, there are also more than 5,000 snow-blower injuries each year, so it’s important that you pay attention to safety when you are using one.

Get started as soon as you can

It can be tempting to wait until it has stopped snowing before you get the snowblower out; after all, nobody wants to have to go outside more than once, right?

Snowblowers work much more effectively when there are less than 6 inches of snow, so if you can start clearing before the snow reaches that level you will find that it takes you less time overall; even if you do have to go outside a few times.

Plus, your snowblower will work much more safely and efficiently.

Try running your snow blower at full rpm and slower ground speed to throw the snow further away. This will mean that you won’t end up going over the same area twice, which is a safer way to use your snow blower and will also make the job easier.

You can also try adjusting the chute diverter to throw the snow further away.

Watch out for obstacles

A common issue that people have when using snow blowers is that they become clogged with debris. It’s easily done—layers of snow easily hide obstacles on your driveway that can get sucked in and damage snow blowers.

A common cause of this issue is newspapers. When newspapers are delivered they are often thrown onto the sidewalk or driveway, and if it then snows it can be difficult to tell it’s there. If you often receive a newspaper, take a few minutes to look for it before getting started with the snow blower.

It’s also a good idea to take some time to clear obstacles from your driveway when you know that the snowy season is approaching, so that you don’t get caught out by items such as kids’ toys, extension cords, or garden hoses.

If your snow blower won’t start after a long period of time not using it, it can be a good idea to drain the gas in the tank and replace it. Gasoline can form residue over time, which means that it won’t work as well.

If you’re draining the tank you can do this using a syphon: just make sure that you dispose of the old gasoline responsibly as it will still be flammable. Look out for a hazardous waste dumping facility in your area.

If your snow blower cuts out halfway through use and needs refueling, make sure that you wait until it has cooled down before adding new fuel.

Gasoline is highly flammable, so adding it to a very hot engine is a sure-fire way to cause explosion, fire, or injury.

The general advice is to wait at least 10 minutes before adding more gas to your snow blower if you’ve already been using it—perfect opportunity to have a break and a cup of hot chocolate!