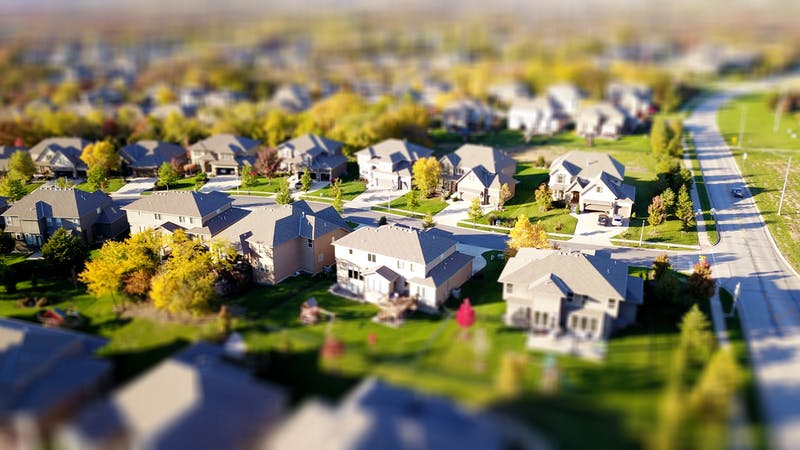 Economic uncertainty looms over national industries and markets more than two years after the pandemic. Homes, however, show strong resistance over a prolonged period. According to the National Association of Realtors, market turmoil has been relatively favorable for the price of properties, as the home price index has increased and is currently at 39%.

Major publications like NPR are running cautionary articles, questioning the sustainability of such a steep price increase. With many markets going up, buyers wonder whether we are experiencing another housing bubble.

But things are very different this time around. A shortage of homes and many federal rules cap reckless mortgage lending. People can afford their loans, and monetary uncertainty compels them to invest in real estate.

May over April, home evaluation for a specific property has increased an additional 3.9%, with houses selling in less than 33 days. Pottawatomie Country and McCain County witnessed an even higher increase, at 7.5% and 7.2%, respectively. Oklahoma City provides an informative case study where local indicators drive the price increase.

The high demand is not limited to single residential properties either. A few months ago, Exact Capital, one of the leading national commercial real estate development firms, acquired 77 buildings in Oklahoma City, OK, at approximately $59 million.

Developments like these indicate favorable macro conditions. All in all, local market realities are immune to global economic turmoil, and investors who are vigilant enough to notice are rewarded aptly.

According to Bankrate, OKC is among America’s best places to live. They cite a low unemployment rate, favorable weather conditions with more than 230 sunny days, and plenty of recreational opportunities with nearby parks and lakes.

The cultural scene, along with a seemingly infinite number of opportunities for outdoor fun, contributes to the appreciation of real estate in the area. The current state of the market offers plenty of lucrative investment opportunities. Due to increased demand from people who want to relocate fast, move-in-ready homes in Oklahoma City are growing in popularity.

Currently, mortgage rates in OKC are 5.77% for a 30-year fixed period and 4.93% for a 15-year fixed period. Considering the overall picture with high demand for residential properties, a demographic boom, and a favorable economic outlook now might be as good of a time to invest as any.

Economic development reflects on the market.

Over the last ten years, Oklahoma City has grown significantly in population. OKC is one of 14 cities where the census has recorded an additional 100.000 people over the previous decade.

Currently, according to the Bureau of Labor Statistics, the unemployment rate is 2.6%. With more people having more to spend, there is no real reason to question the strength of a seller’s market.

We can observe similar developments in many industries. Namely, after legalizing medical marihuana in 2018, the city is now attracting industrial cannabis suppliers. In the meantime, cryptocurrency mining operations also bring additional capital to Big Friendly. Both are increasing the demand for warehouse space in rural and urban submarkets.

According to News on 6, Oklahoma City experiences the 18th most significant increase in six-figure jobs nationwide. Much of it comes from recent developments in the aerospace sector, which creates economic activity for local companies that provide back-end support.

An abundance of available jobs

The metropolitan area, along with the surrounding districts, attracts many talented employees. Currently, there are 16 companies with more than 3,000 employees and 39 with more than 1000 employees. Geographic and demographic factors are essential in attracting capital across industries, and local business infrastructure is securing a long-term residency.

The biggest job providers in the area include the State of Oklahoma, which employs 47,300 people in the government sector, and Tinker Air Force Base, which employs 24,000 people in the military. The University of Oklahoma – Norman, and INTEGRIS Health, give jobs to 12,700 and 9,000 people, respectively. These sectors offer stable and predictable employment with high job security.

In conclusion, there is no reason to expect local market indicators to point in a different direction. Often, local market realities are stubborn enough to resist global economic turmoil, which has been the case for Oklahoma City. Real estate investors should always enter the market with caution, but knowing these favorable developments will help them understand the macro environment in the area.