Public folders are built to have shared access and offer an easy and effective environment to organize and share information within the workgroup or in an organization. Because public folders store data in a deep hierarchy, finding what you’re looking for is always easier. Emails, attachments, posts, files, and documents are among the other things that can be stored in a public folder. Prior to Exchange Server 2013, the Public folder was stored in the Pub1.edb file; however, in all recent versions of Exchange, it is stored in the Exchange database .edb file. Public folders come in handy when users in an organization need to share common files, collaborate on a common project, or share calendars for meetings or appointments. Because public folders are so useful and contain so much user data, they must be backed up as well.

How to export or backup public folders from EDB to PST?

Unfortunately, Exchange Management Shell cmdlets such as New-MailboxExportRequest do not support exporting Public folders and you will need to use a workaround solution to do the same. There are two methods to export public folders from EDB to PST.

See also  What Is PDFA: The Benefits of Converting Your PDF to PDF/A

Issues while using Outlook for EDB to PST export

Without a doubt, public folders can be exported from EDB to PST using Microsoft Outlook. However, one of the biggest drawbacks is that it is a time-consuming and exhausting process.

What are the benefits of using EdbMails EDB to PST converter?

As can be seen from the preceding discussion, there are no simple Exchange Management shell scripts that will allow you to export the Public folder to PST. The manual method of using Outlook is also quite tedious. As a result, EdbMails for EDB public folder export to PST is the best and simplest tool to get the job done without any hiccups.

See also  How To Fix A Broken Phone With The Help Of A User Manual?

Compelling reasons to export public folders from EDB to PST

How to export public folders from EDB to PST using EdbMails 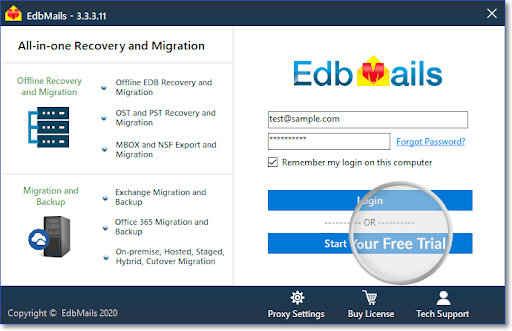 EdbMails is a feature-rich, low-cost, and highly reliable application for your Exchange and Microsoft Office 365 export, recovery and migration needs. It is a high ranking application with 24/7 free technical support, lifetime license, free product demo on-demand and offering up to 75%  plus discounts on the product.

The public folder is an integral part of any organization’s collaboration activities. It is critical to back them up on a regular basis in order to recover important mail items quickly in the event of an Exchange server failure. Microsoft Outlook can back up public folders, but the method is unsuitable for large-scale export operations. Furthermore, Outlook lacks advanced features such as target PST file splitting, selective folder export, and so on. EdbMails EDB to PST converter is a simple tool for converting EDB public folders to PST. The offline EDB export feature of EdbMails allows you to recover and export public folders from a corrupted, damaged, or encrypted file to PST.