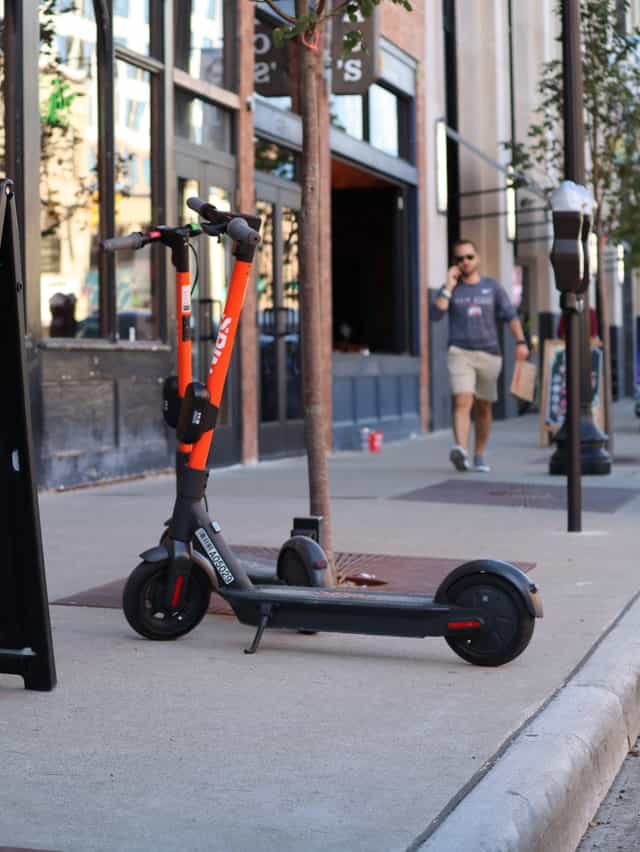 Electric scooters are an eco-friendly, convenient, and excellent medium for daily commuting. Hence, many city dwellers opt for electric scooters as their daily drivers. While there’s no question about their efficiency and performance, the only question that arises is about the legality of these scooters.

This is a legit question since the US has a confusing law for electric scooters, and it varies from one state to another, making the e-scooter laws confusing. A similar reference is true for European Union (EU), including the UK. So, today we will discuss the legality of electric scooters on roads.

With their convenience and performance, electric scooters have stormed the world and have quickly become an undeniable reality. Sadly, most countries are yet to match the e-scooter popularity, so they lack proper laws for these convenient scooters.

There’re no definite Federal laws and rules for electric scooters in the US. The latest 2001 amendment of the the Consumer Product Safety Act of 1972 has only two clauses about two and three-wheeled vehicles. It says that the motor power for these vehicles can exceed 750W motor and also, its speed shouldn’t be more than 20MPH.

However, the law doesn’t focus on the riding rules of electric scooters on the roads. Thus, we need to look at the state laws as a source to find the legality of the e-scooter on the roads.

California has the clearest rules and regulations for electric scooters. They were among the first to address the craze for electric scooters and had clear-cut regulations for it.  The state has fixed the max speed for the e-scooter at 15MPH.  If available, you have to ride the scooter on the bike lane, and riders under 18 must wear a helmet. And for motorized scooters, the speed limit is set at 25MPh for highways unless it is a Class II or IV bikeway.

Likewise, in most states’ federal rules and laws, Michigan also has some confusing and inadequate rules for an electric scooter. For instance, their 2018 legislature adopted laws for an electric skateboard but didn’t define it for an e-scooter.

The law has permission for skateboards and scooters up to 2500W motor power and a 35MPH speed limit. It is quite a generous law with increased motor capacity. Next up, riders have to wear a crash helmet under 19.

You must always drive to the right side for riding on public roads and highways, and only two abreast are allowed. Lastly, anyone under 12 can’t ride an e-scooter in Michigan.

New York City has seen many ups and downs for the rules regarding micro-mobility. But, it seems that the state has finally settled with its thoughts on an electric scooter. They have stated that riders can operate electric scooters without blockades on the NYC roads. But, the speed mustn’t cross over 20MPH, and riders’ age mustn’t be less than 16. If you are under 18, you must also wear a helmet as part of the safety standard.

See also  Should You Run an Air Conditioner When It's Cold Outside?

Indiana has clear laws and regulations for e-scooter like California. The laws refer that you can’t ride the scooter on the sidewalk, greenway, and the Cultural Trails. But, it is legal to ride on the streets in the bike lane.

Illinois has taken these laws a bit further. They say that the rider must be over 16 and carry a proper driving license to ride electric scooters. The laws give the e-scooter the same right as any bike and other vehicles, and you can ride it the way bike riders do. So, you can confidently ride an e-scooter in Illinois.

E-scooter rules in the UK:

The UK appears to react slowly to the e-scooter reality. Thus, electric scooters are illegal on the public roads of the UK. In fact, only a few cities, including London has started trial runs only for the e-scooters only a few months back.

Thus, in the UK, you can ride only the government allowed e-scooter on public roads as part of the public trials. Currently, the trial is going fast in Bristol, Newcastle, etc., cities. Anyone can rent the e-scooter from the following pick-up points for the trial run.

The speed limit for the trial runs of the e-scooter is limited at 15.5MPH. The government hopes that the trial run will be over by 2022, and they could come up with positive laws for electric scooters. So, you need to wait to ride the scooters legally on the UK roads publicly.

See also  What are the benefits of test automation?

Although many countries have braced the emergence of e-bikes gleefully, the same isn’t true for electric scooters. Both USA and UK have acted slowly to accept the reality of the e-scooters. Thankfully, a few states in the US, including California, Michigan, Illinois, and New York City, have made riding e-scooters legal on the public roads, with a few exceptions. But you can always ride the scooters in private areas and enjoy the fun.