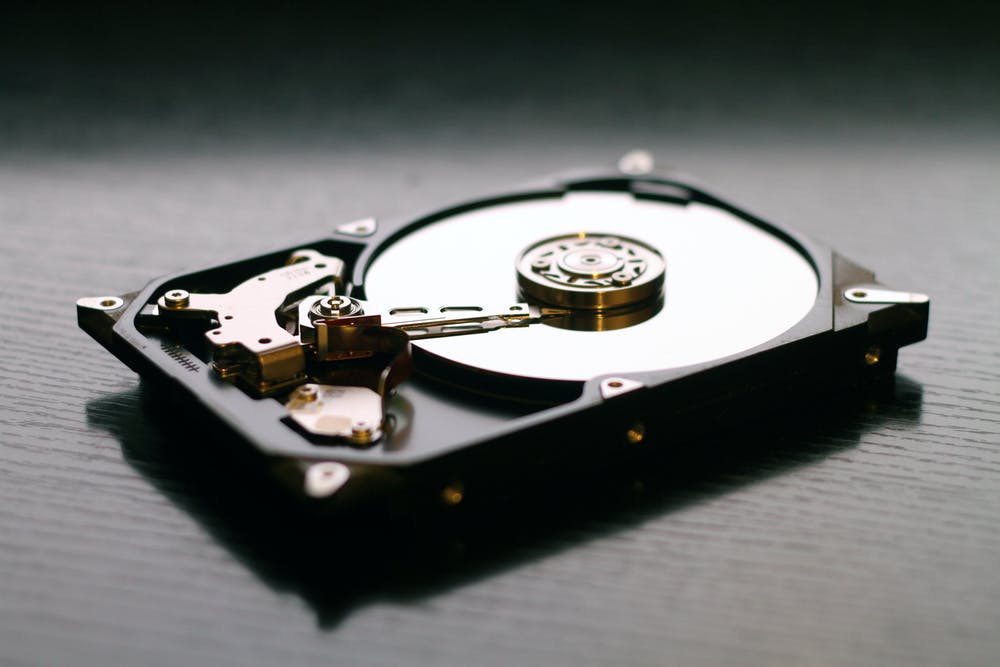 Technology advances as time goes by, and computers become obsolete. Sometimes this means the hardware is no longer compatible with the current OS. Sometimes it means that there are faster technologies out there, and sometimes it simply means that you need something more powerful or cheaper than what you have.

It also needs to be said that some people switch over to a new computer and want their old one gone. They don’t want to store it to sell it later because of space constraints. Companies exist that buy used computer parts, notebooks, desktops, or servers from private individuals like yourself or corporations alike for all of these reasons.

With the increasing prevalence of recycling initiatives for electronics worldwide, it makes sense to get some money back for your obsolete hardware, which you would otherwise just put in the bin.

Selling used hard drives is one of many ways to make money from outdated technology. Other options include:

If your main objective is to get rid of something quickly, Craigslist might be the way forward. However, if there’s more than one drive stashed somewhere around the house, sending them off with an electronics recycler probably makes more sense.

Try to have a clear idea of why you are selling the drives before getting too far down the list, as this will help determine where to sell your used hard drives.

Time You Should Sell Your Used Hard Drives

There are certain periods when it is more beneficial to dispose of computer parts rather than store them until they expire, at which point it becomes free for someone else to take.

For example, if you’re willing to trade desktop PCs that can run games on medium graphics settings, likely, you don’t need the extra power during the summer months anyway. Quite often, people want their desktops for gaming around Christmas time. That’s because you don’t want your computer to overheat, so selling during the summer is better.

This would apply to other products that are not mission-critical for daily use. If it’s not something you’ll need in a couple of months, sell it now while its value is higher! A good plan is to either check eBay or Craigslist during these times and see if there are any parts similar to yours which sell for more than usual.

What Should You Know About Selling Used Hard Drives?

It all comes down to demand. If no one wants the product, then obviously there’s no reason for them to buy it from you, regardless of how much money they save by doing so. Demand can be broken down into two categories: national and international.

The best websites to sell to are eBay and Craigslist (with a caveat that we’ll cover later) for international demand. Your best bet is to use an electronics recycler who may recycle all kinds of computer parts such as hard drives for national demand.

What do You need to Know About ITAD?

The need for ITAD has increased over the past decade because many countries have imposed legislation requiring manufacturers to take back defective equipment at their own expense.

The Most Common ITAD Practices

There are four common ways to dispose of hard drives:

The first three options will be relevant to you if you’re not looking to make money from old computer parts; however, the latter option is likely only suitable if you have a lot of storage devices that need disposing of in one go.

Using eCommerce websites allows for more volume than the other methods, which is why big companies often want their obsolete hardware out of the way as quickly as possible.

It’s worth bearing in mind that some companies don’t like sending their hard drives to third-party websites like eBay and Craigslist, as they don’t know who will end up with the devices.

If you’re not concerned by this ethical dilemma, then there’s no problem. However, if the security of your data is a priority, then look into how any company will ensure that your old parts are appropriately erased before being sold again.

See also  What Should You Know about Roku Stick?

Advantages and Disadvantages of Each Method

Sending off used hard drives with an electronics recycler comes with two main perks: it’s free and goes towards helping the environment. However, it can take some time for the recycling company to cover the cost of shipping your products back, so try to use them when you have less than ten hard drives to dispose of.

Recycling your equipment can be done at home or through an electronics recycler, so it’s the cheapest way to get rid of old storage devices. It’s also good for the environment because fewer resources are used during the recycling process.

On the other hand, you may end up with broken or unusable parts if you don’t know what you’re doing. Try to use someone who knows how to recycle correctly! Charities are always looking for computers and other peripherals to use to help their causes.

However, not every company has a presence in every country which could mean finding another option. When sending items off with an electronics recycler, always ask about exportability before signing any documents, as there may be limitations to how much they can ship abroad depending on the company’s policy (or country’s legislation).

Finally, selling hard drives on eCommerce websites like eBay is the most common option for those looking to make money from old hardware. On the other hand, you’ll need to take good photos and write clear descriptions if you want to make the best possible price!

It also takes some time to sell used storage devices this way, so think ahead before committing yourself.