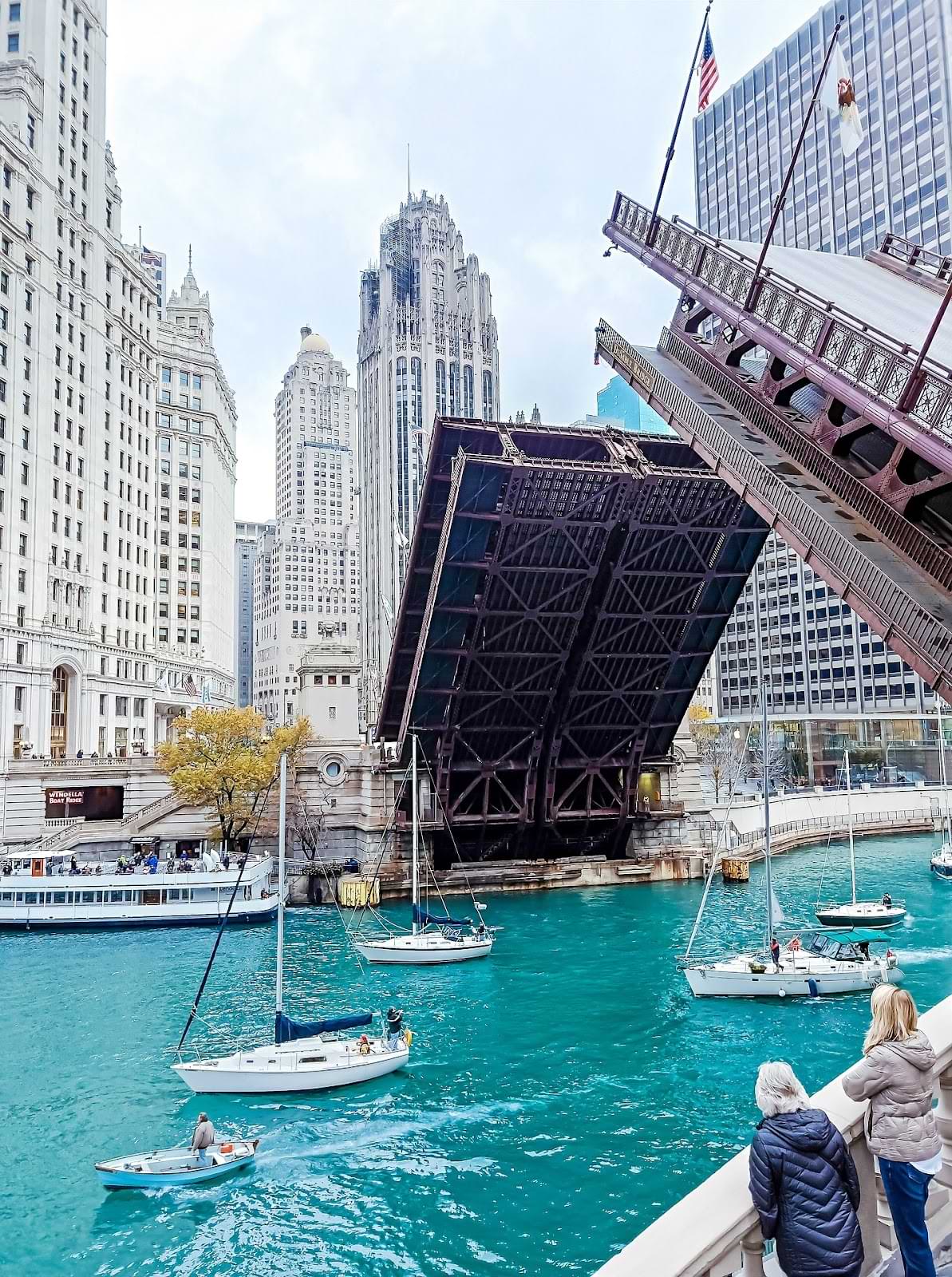 What comes to your mind when you want top things to do in Chicago? Deep-dish pizza, Chicago Cubs, and stunning lakefront views? If you believe this is all Chicago has to offer, think again! Besides a booming job market, the city’s home to an excellent public transportation system and more than 77 neighborhoods! No wonder it has a population of close to three million people! So, if you’re considering moving to the city, you couldn’t ask for a better place, although it might be wise to know how much you’ll have to dish out for various expenses.

Why? Because Chicago’s not an inexpensive city by any means. According to statistics, Chicago happens to be the 11th most expensive city in the USA, competing against cities like San Diego, Boston, and Seattle. However, you’ll be happy to know that Chicago is a cheaper option than cities such as New York and San Francisco! Now, who wouldn’t want to live in a city with a lower cost of living and pretty much the same perks as bigger cities? So, before taking the plunge, let’s share some of the basic costs with you so that you know what you’re getting into:

Prices in the housing market in Chicago have reduced to some extent, bringing the average monthly rent down to $2205 for a one-bedroom apartment. Rental prices vary widely due to a number of factors:

If you don’t mind loosening your purse strings a little, renting rooms in Chicago in areas such as Magnificent Mile and Greektown and Fulton Market in the West Loop area might work for you. Along the Magnificent Mile, the rent for a one-bedroom apartment is $4875. But the average rent in the Greektown and Fulton Market communities total $2800 monthly. You could check out Kenwood or some South Side areas if your rental budget includes a number closer to the average.

Finally, if you have a stringent rental budget but wish to live within the city, explore communities such as Lakewood and Little Italy, where you may have to fork over $1694 and $1793, respectively.

Chicago ranks third in terms of congestion after NYC and Philadelphia. Also, since parking is a significant concern in Chicago, 30 percent of the residents opt for public transportation. So, singles in the city need to pay around $5149 annually on travel, while a family (three members) will need to dish out $11,753 per year!

But all isn’t lost because you can rely on the Chicago Transit Authority (CTA), the city’s primary public transit system, to get around. The CTA has eight train lines and 145 stations, and 1864 buses that fare residents and visitors across the city! If you wish to get a monthly pass, be prepared to pay a fee of $105, and for a single trip, you can pay $2.50 one way. Interested in biking? The city‘s bike-sharing program, Divvy, in collaboration with Lyft, is another excellent way of commuting across the length and breadth of the city. For a one-way ride, you only have to pay $3.30. Divvy has 6000 such bikes across Chicago for the convenience of its residents.

3. Food and grocery expenses in Chicago

If you’re a resident of Chicago and you don’t explore the food scene, you’re not missing out on a lot! Depending on your budget and the food type you’re craving for, you’ll find whatever you’re looking for. Whether it’s pizza at a tiny joint or cuisines that range from Chinese to Yemeni to Polish to Ethiopian, Chicago has everything!

According to the MIT Living Wage Calculator data, a person who decides to cook all their meals at home will spend $3246 annually on food. In addition, prices of groceries are higher in Chicago than in other cities in the Midwest and higher than the national average by a little over 7 percent. For instance, a pound of beef is $4.87, a loaf of bread is $3.03, and a dozen eggs amount to $1.47! So, overall you end up spending $300 on groceries monthly.

Should you choose to eat out, the minimum you need to pay is $15 at a low-cost restaurant. But if you take a friend along for company at a medium-priced restaurant, set aside at least $75 for the check. Considering that Chicago’s renowned for its varied cuisines, think about cutting down expenses on unnecessary items so that you can splurge a little whenever you feel like eating out. While we’re on the subject of eating out, remember to add a 0.5 percent restaurant tax while calculating your bill.

Although summers in Chicago are hot and humid, people prefer to spend most of their time outside because winters are extremely chilly. Thus, residents tend to spend more on utilities during the winter season because they hardly step out and need to use the heater day in and day out.

If we consider the utility bill for a standard apartment of 915 square feet, the amount totals $156.12 because we’ve taken into account electricity, cooling, heating, water, and garbage. If you add internet charges of around $60.38, the total bill amounts to $216.50 per month.

The healthcare system in Chicago is one to reckon with, including its prestigious hospitals and research centers, such as Northwestern Memorial Hospital, which features in the list of top 10 hospitals, and the University of Chicago Medical Center.

Healthcare expenses are likely to vary from person to person depending on their ailments and prescribed medication. But what we can tell you is that a general doctor’s visit will cost you $104.96 (average). Add a list of medicines to the amount and you end up spending $494.33.

In a word, statistics extracted by MIT from the Bureau of Labor Statistics and Agency for Healthcare Research and Quality revealed that a single adult would have to pay $2862 on medical expenses yearly while a family of three will have to spend $7460 a year.

6. Entertainment and fitness expenses in Chicago

Chicago has options for those who have no qualms about spending money to stay fit and those who like to remain healthy but at minimum or no cost. If you’re one of those people who need a gym to work out, you might need to spend $57.75 on membership fees every month. If you’re happy with a yoga class, you don’t have to worry about spending more than $15.76. Online classes also work well for some, while some prefer to lap up the yoga-in-the-park classes whenever they come up. Running, walking, or biking on the Lakefront Trail is another option that doesn’t cost anything.

As far as entertainment options are concerned, you have a host of things such as theater, nightclubs, music and film festivals, and live music venues to choose from all year round. Cinephiles might have to fork over more for tickets because they’re usually priced at $14, minus the food or drinks they might want to buy. In the end, sports lovers might find it challenging to choose between a game of White Sox versus Chicago Cubs. If your idea is to enjoy a game at an economical price, go for White Sox, which costs $26.73 per ticket per Statista’s report in 2018. The price per ticket for Cubs is a whopping $58.57!

As always, to calculate how much you need to make to survive in a city like Chicago, we need to refer to the 30 percent rule. If we consider renting a one-bedroom apartment in the city, the rent for which is $2232 (average), the annual income totals $89,280! At the same time, we also need to remember that the rental prices won’t be the same everywhere but will differ from one community to the next.

Chicago will always be a fantastic city to live in, regardless of the expenses involved. Now, we’re not asking you to jump on a plane and move to the city without thinking about whether your earnings will ensure your survival here. Know that many city perks accompany the cost of living in the city. In addition, no matter where you live, you’ll always feel a sense of community and belonging. Last but not least, if we haven’t mentioned it earlier, consider getting a roommate in Chicago to split your expenses in half and save more for unexpected situations, and you’re good to go!