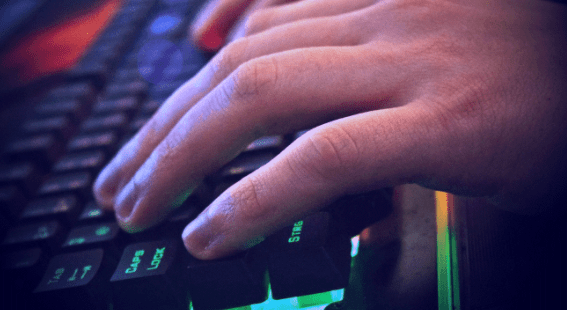 Many casino games have limited skills involved. For the most part, their outcomes are entirely based on luck. As betting real money on online casino games progress, gambling sites bring unique ideas to make their games engaging and appealing.

One creation of this endeavour is skill-based casino games. In the case of these games, you don’t just depend on luck. The casino websites allow you to earn money with your skills, giving you a greater degree of control over the outcome.

Here are 5 of the hottest of such skill-based online games that you can play to win real money:

Beat Square: How good are your reflexes?

The iconic Japanese video game company Konami has been making strides in the gambling industry for a few years now. They have adopted technologies from fan-favourite games like Ubeat and added a gambling touch for casinos. Beat Square is perhaps Konami’s most venturesome slot machine-playable yet.

This skill game is played on a 4×4 grid having 16 buttons. A dance track strums while the game is played, and similar to an arcade game, the buttons light up in time with a beat. You must tap the lit buttons in sequence to win points and real cash. Beat Square also offers jackpots that are linked across multiple of the best UK casinos in 2021. What’s more, the slot machines can be connected to host Beat Square tournaments as well! If that doesn’t scream fun, we don’t know what does.

As it happens, Konami isn’t the only developer interested in tapping into a video game-savvy millennial crowd, luring them to a casino floor. US gaming paragons like IGT also incorporate skill-based slot machines to play with joystick action. One of the best such casino skill games is the Wrecking Ball.

This game involves a basic strategy and is played on four reels of varying sizes in a unique 830-ways-to-win format. The Smash Bonus trait of the game gives you control over the in-game wrecking ball. Using a joystick, you can move the ball and destroy as many buildings as possible to win money.

Arkanoid from Next Gaming certainly gets extra points based on its ability to throw you in a profound yearning and nostalgic emotion. Based on the undying arcade game, the objective in Arkanoid is to slide the bar present at the bottom of the screen and deflect a ball against an array of coloured bricks. The more bricks you break, the more cash you win.

Not to mention, it is also possible to win a multitude of bonuses if you destroy special bricks. Being a popular computer game for decades, Arkanoid’s move into skill-based games for online gambling platforms is the most logical progression.

Built on Synergy Blue’s Hybrid Arcade Wager-based Gaming platform, Safari Match is an 8×8 reel grid online game that rewards you money to match tiles of the same colour. In this game, rather than relying on pure luck, you can use a controller to move the symbols and increase your odds of winning.

Safari Match, more or less, works similar to popular gaming apps like Bejeweled and Candy Crush. But in addition to that, this game features a bonus wheel that pops up every time you match more than three tiles, making it possible for you to win up to 250 times your total bet!

Zombie$ is another skill game gem by the gaming giant Synergy Blue. It is a shooting game modelled after Sega Corporations’ vintage House of the Dead game in which you kill zombies to survive for as long as you can.

This real money first-person shooter is one of the biggest hits by the company — after all, who wouldn’t love getting paid to kill the dead?

What Exactly Are Casino Skill-based Games?

For centuries, gamblers had to play blackjack or indulge in a poker game if they wished to play anything remotely close to skill games. However, with the advent of technology, traditional games that fall under the gambling category in online casinos have been digitized to keep them in line with modern times.

Unlike the earlier generations, millennials don’t much enjoy playing the slot games most casinos offer. They have grown up playing on PlayStation, Xbox, and smartphones, where their playing skills matter. Free spins or slot machines don’t entice them much.

As the newer generations ask more from gaming, the gambling industry has taken note of it. And as a result, we can now revel in spectacular skill-based games on online gambling sites and win real money!  Such games reward your abilities. Your skill and not by chance principally determine the game’s outcome. Unlike playing online slots, a skill-based game will provide more payouts if you are a good player.