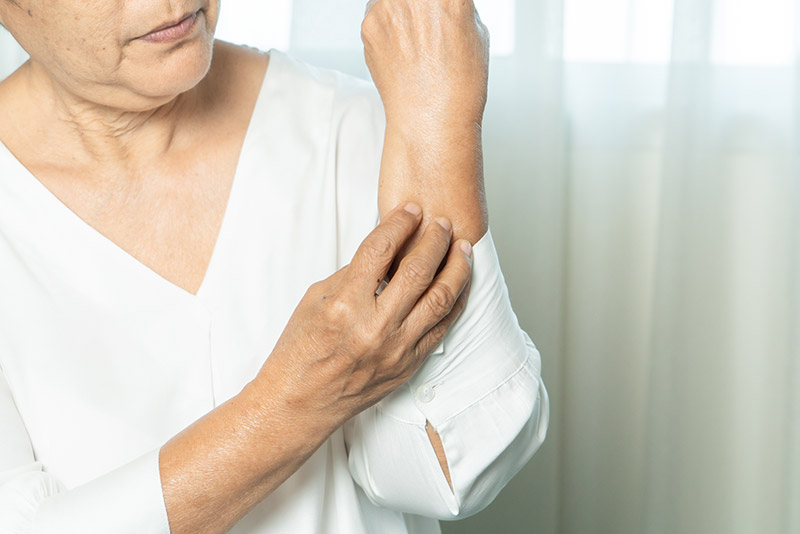 Shingle is a viral infection that causes a red rash on one side — either left or right — of the body. The infection can appear on any part of the body, but it usually forms a single streak of blisters on either the left or right side of the torso.

Despite the fact that shingles are quite a common condition in Canada, many still have misconceptions about the condition. For instance, some are of the opinion that shingles only affect older adults, yet contrary to popular belief, younger people can also contract this illness.

Understanding the difference between shingles facts and myths will help your older loved ones manage the illness better if they ever get infected. A known fact is that eating specific foods can weaken the immune system and expose one to shingles, as explained by Seasons Retirement — one of the top-rated retirement homes in Canada.

This article will uncover the truth about shingles while debunking multiple myths about the viral infection. Below are some of the most interesting shingles facts and myths.

Myth 1: Shingles are the same as chickenpox

Indeed, shingles and chickenpox are both viral infections caused by the same pathogen called varicella zoster. However, they are entirely different illnesses with some contrasting symptoms. Chickenpox develops after one’s first exposure to the virus, and it is more common in children. It causes a mild, itchy rash that appears anywhere on the body.

Shingles, on the other hand, act as re-infection of the varicella virus, except that it never leaves the body. And it often manifests as a red, painful rash on one side of the body.

To further clarify the link between the two infections — if an older adult has had chickenpox in the past, they are at risk of developing shingles. This is because the varicella-zoster virus stays in the body — albeit in a dormant state — for years after a chickenpox infection. Later, it may reactivate if the immune system is weak or compromised.

Myth 2: Shingles is all about the red rash

Typically, shingles present themselves as a red rash on one side of the body, but there are cases where infected people experience pain and discomfort without any rash. And the red blisters often break out a few days later.

The red rash is only one thing, as people with shingles may also experience a painful and burning sensation on one side of their body. The infection can also result in fever, fatigue, muscle weakness, chills, and so on.

Contrary to popular belief, shingles can be prevented. Your older relatives can avoid the development of this condition by getting vaccinated. The United States CDC, for instance, recommends two shots of the Shingrix vaccine to older adults above 50 years. And this vaccine has shown 90% efficiency when the two doses are completed.

If your parents or grandparents have had shingles before, they can also get vaccinated to prevent a recurrence of the illness. In any case, your older ones should consult their doctor before getting any vaccine shots.

Myth 4: You can’t have shingles more than once

Even though it is pretty uncommon, one can get infected with shingles multiple times. Interestingly, new outbreaks of the disease usually manifest on body parts entirely different from that of the previous episode. Luckily, your older ones can reduce their chances of being infected again by getting vaccinated.

Myth 5: Shingles only need to run their course

It’s true that most viral infections do not have a cure. But shingles can actually be treated and managed. Your older loved ones should check in with their healthcare provider immediately or, at least, within three days of noticing any shingles symptoms. This is crucial because the sooner the treatment of the infection begins, the quicker the recovery time.

Home remedies may sometimes be sufficient in treating shingles too. This could include taking over-the-counter drugs, such as analgesics, emollient creams, and so on. While on these medications, visiting the hospital is still advised, especially if there is severe pain.

Myth 6: Shingles is not a serious condition

Although it is not a life-threatening condition, a shingles infection can come with some severe symptoms — lasting about 3 to 5 weeks — and complications. Postherpetic neuralgia, for example, is a common issue caused by shingles. It leads to pain even after the blistering rashes have cleared up.

Furthermore, if left untreated, a shingles infection may result in a loss of appetite, sleeping issues, fatigue, and so on.

One of the shingle facts that confuses people is whether the infection can be transmitted from one person to another. Technically, one can not immediately develop shingles by mere contact with the open blisters of an infected person.

Myth 8: Only older adults can get shingles

Although the infection is more prevalent among adults above 50 years, anyone — including children — who has been previously infected by chickenpox can contract shingles. It is important to mention that individuals with weaker immune systems are at a higher risk of reactivating the shingles virus.

One of the most interesting facts about shingles is that it is a fairly common condition, contrary to general perception. In fact, one in three Canadians are expected to get shingles in their lifetime. Meanwhile, in the United States, half of older adults who reach the age of 85 will have been infected with shingles at some point in their lives.

The first step in preventing and treating shingles is to gain adequate knowledge and information about shingles facts and myths. You should debunk any of the aforementioned misconceptions about shingles and try to educate them on this illness.