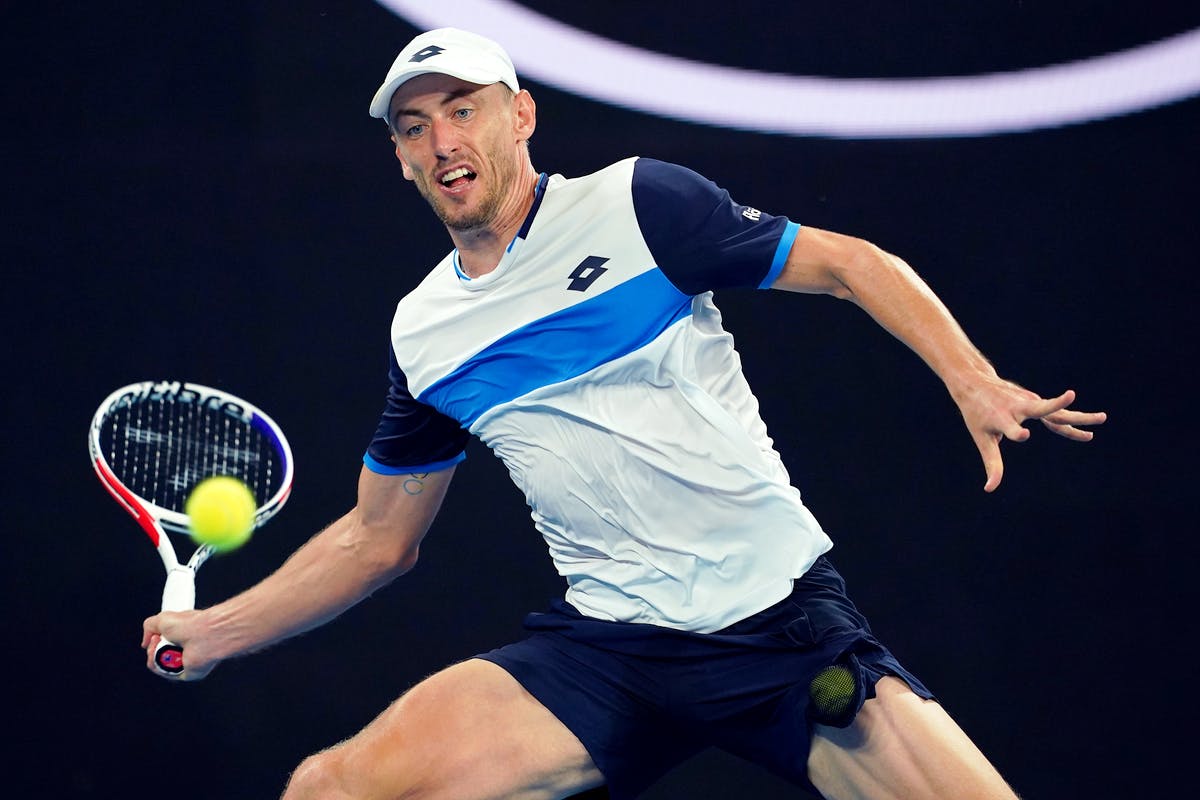 Aussie John Millman once delivered a shocking win over five-time champion Roger Federer at the 2018 US Open. He breezed past Federer after winning 3-6, 7-5, 7-6(7), and 7-6(3) to advance to the tournament’s quarter-finals.

It seems that Millman is in for another treat. He is set to face Federer today after the latter has won all of his games in his previous two matches in the Australian Open. The Swiss has been working hard to start the season and is keen to cash in his seventh crown on the tournament.

Federer has already defeated America’s Steve Johnson in 6-3, 6-2, and 6-2 and blew past Serbian Filip Krajinovic for 6-1, 6-4, and 6-1 in his last two matches. It seems that Federer’s advanced training last week has finally paid off.

Millman, however, is more than confident as he is set to battle one of the sport’s greatest players at home.

‘I do know that that (US Open match) doesn’t really count for anything now. It’s probably the toughest test in tennis to (play) Roger Federer. I think a lot of people think he’s one of, if not the, greatest ever to play the game’, Millman said. ‘I know between now and then I’m going to have to do everything right in terms of my preparation, going to have to improve upon my performances, no doubt. He’s looked in really good form. But at least I know a little bit what to expect.

Bet on the live tennis matches

For the first time in his sixth appearance in the said tournament, Millman himself is aiming to get to Round 16 in Melbourne.

He had big matches against Federer since then, and it is not a surprise that the Aussie wants to battle him head-on.

‘I think one of the most important things about your tennis career and what I want to take away from it when I’m finished is a couple of little pictures that you store away in the memory bank’, Millman told reporters in an interview. ‘I still store away that match point when I won that one and it’s something I’ll hopefully take with me long after tennis’.

Bet on Millman’s match with Federer

He had a lot of battles with top players in the ATP, and one of those matches was his upset on World No. 1 Andy Murray prior to the 2018 US Open.

‘You’re just trying to tell yourself when you’re walking onto that court in that warm-up to try to get the feet going and try to just familiarise yourself with your surroundings as quickly as possible because it’s different’, Millman said. ‘It’s a massive stadium and it’s one of those places you watched as a kid’.

He made a confident smile when asked about his upcoming battle with Federer.

‘I’m lucky probably that I’d faced him before and I faced him in Brisbane where there was a fair bit of pressure on me because you’re playing at home and the last thing you want to do is get whipped in front of your home crowd and home support’, Millman said. ‘So I felt as if I’d played him under a bit of pressure before and that definitely helped going into that match’.

For more updates on the Australian Open, visit Sportsbet.io News