Video surveillance in the workplace protects both the company and its employees. In 2010, on average, 10 cameras were installed in a commercial setting, and the average total cost for a security camera installation in New Jersey was $13,280, according to the Security Sales and Integration website. The importance of video camera surveillance in the workplace often justifies the cost.

Install video surveillance systems inside and outside the workplace to record criminals who vandalize or steal company property. The video images will help the police in the ensuing investigation. Video surveillance cameras also record acts of employee theft. The cameras can act as a crime deterrent. When criminals see a surveillance camera, or employees know surveillance is in place, it discourages criminal activity. Here is a great solution for commercial remote security monitoring in New Jersey.

Video surveillance systems protect employees both directly and indirectly. Set up video cameras in company parking lots and outside the building to record criminal activity and allow company security officers to insure that employees reach their vehicles safely. The video system can record instances of employee abuse or harassment towards other employees, which can be used as evidence against the antagonist. Video surveillance protects employees indirectly by monitoring each visitor who comes into the building and keeps a video record of suspicious activity.

Retail establishments use video surveillance to monitor what customers do. For example, if a client claims to have purchased an expensive item but does not have the receipt, video surveillance records are used to determine whether she was in the store on the day in question, and if she did purchase the item. Video surveillance will clarify an exchange between a client and a store employee. If the customer is looking for financial compensation because she claims an employee was rude to her, and the video evidence says otherwise, the store can present its evidence to support the employee’s case.

What is a Video Surveillance System?

A video surveillance system is a network of cameras, monitors/display units, and recorders. Cameras can be either analog or digital with various features to explore, such as resolution, frame rate, color type, and more. Whether applied inside or outside the building, it operates 24/7, designed only for recording movement when necessary.

Surveillance cameras may be in plain sight or hidden from view. The camera’s purpose is to deter improper behavior, and the video footage can also serve as evidence for later review by security staff or law enforcement. Depending on your needs, there are many different video surveillance systems available, such as live monitoring, remote access via an IP system, and Digital Video Recorders (DVR) for recording footage.

Most video surveillance systems are closed off so that signals will not be broadcast and accessible to other parties. Only authorized users can monitor the content of what has been recorded on it. However, others may have access if they are granted permission by an administrator with proper credentials who manages the live feed.

What is remote surveillance?

“Remote monitored video surveillance” is the term used for using technology to monitor a physical location from a location different than the monitored location.

With a modern surveillance system you’d get the most out of the equipment by putting everything to use – everything from the many ways the devices can be monitored to all of their functions. Read on to learn some of the more important ways to take advantage of this piece of video surveillance technology. 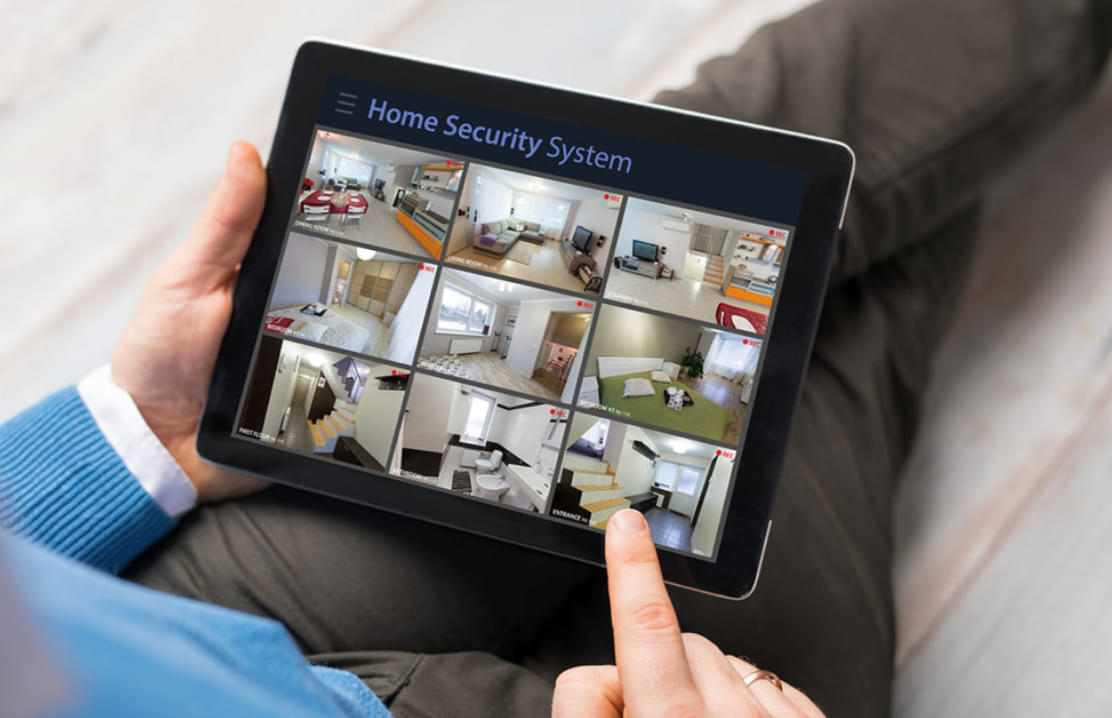 Live real-time video monitoring takes a proactive approach to facility security and management. Rather than wait for a crime to occur or sit unaware of a company policy being ignored, have the peace of mind in knowing that your property is being actively secured by experienced professionals.

In many cases, these services only record footage without the ability to react. This provides video evidence after a crime takes place, but it does nothing to stop a crime in progress or keep a crime from occurring in the first place.

Passive systems are limited in their ability to interfere, often only reacting if triggered by an alarm. By the time onsite guards or the police are notified, it’s too late.

A live person watching camera footage and reacting as necessary is undoubtedly superior to having only video archives. At Birdseye Security Solutions, our cameras are all monitored at all times by trained security professionals. Plus, our advanced camera systems are layered with artificial intelligence (AI) to help us keep properties safe, secure, and running efficiently.

When you choose Security iCam Security Solutions for live video monitoring, all equipment – including all cameras, speakers, and other necessary tools – is installed at no cost to you. This means there’s no upfront investment for most businesses.

Some organizations combine onsite security guards with passive surveillance camera systems in an attempt to protect against theft, vandalism, and property damage. However, they quickly realize that they are paying more than what they need for inadequate protection. They come to recognize that passive surveillance systems are only useful to investigate issues after they have occurred – and prevention is the real goal.

Residential remote video monitoring in New Jersey is a powerful and cost-effective alternative to security guards.

To receive a comparable level of safety and security, a business would have to staff multiple security guards in locations all across a property at all hours of the day. Even if this were possible, there are limits to what security guards can do. They simply cannot watch all areas of a property at all times. Remote video monitoring setups do not have these weak spots.

With live video monitoring, you receive 24/7 protection of your entire facility at a cost that is often less than working with security guards.