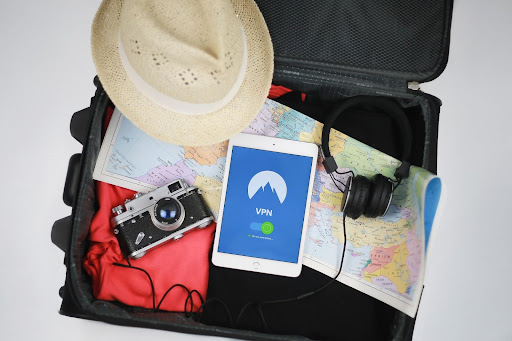 Choosing a fast and secure VPN takes time, especially if you’re not sure which one is better – a paid VPN or a free VPN? The good news is that there are low-cost services on the market.

However, should the price of a VPN be the deciding factor when you choose one? Are there any other things you should know before installing a free VPN on your device?

Don’t worry, we got you covered. To help you make a quicker, better decision, we’ll talk about:

First of all, let’s get something out of the way:

Are VPNs Legal in India?

The answer is yes – both free and paid VPNs are legal in India. So whether you’re living in or traveling through India, or you just want to unblock Indian content abroad, a VPN is a safe solution.

In fact, there are only a few restrictive countries where using a VPN is completely illegal:

Why Do You Need a VPN in India?

If you’re living or traveling in India, there are a bunch of apps you can’t access. According to the Information Technology Act from 2009, India blocked more than 100 Chinese apps.

Among these, there are a few popular apps:

If you like to play games, you should know that these apps are also blocked in India:

Of course, these are just a few examples of apps that you can’t enjoy in India. Truth be told, it’s impossible to know what other apps the Indian government might block in the future. So using a VPN will come in handy in these situations because you can still access your favorite apps.

How Can a VPN Bypass Government Censorship?

Well, a VPN’s main job is to hide your IP address and encrypt your traffic. This helps in 2 ways.

First of all, by hiding your real IP address, websites won’t see that you’re trying to connect to them from India. You’ll also get assigned a new IP address from a country where censored apps aren’t blocked. So, you’ll automatically have access to them.

Secondly, traffic encryption is important so your internet service provider (ISP) won’t see what you’re doing online. Do you like to game online for a few hours after finishing work? If the answer’s yes, you should know that your ISP might throttle your bandwidth if you’re using too much data.

If you’re using a VPN that encrypts your traffic, the ISP can’t slow down your internet speed intentionally. Even if they were to check, all they could see is gibberish – random strings of numbers, special characters, and letters.

The Disadvantages of Using a Free VPN

A free VPN sounds more appealing because it gives you the impression that you can enjoy the benefits of using a VPN without paying for it.

Without these, a VPN provider can’t stay afloat for too long on the market.

But how can a free VPN offer your free services and still manage to afford those costs? Well, there are 3 possible options:

In addition to that, using a free VPN comes with other drawbacks:

If the servers are overcrowded, you’re more likely to experience slower speeds, video buffering, and lagging. This might happen when a free VPN can’t optimize its servers properly.

We ran tests on both paid VPNs and free VPNs, and we always had around 70-75% slower speeds when using free VPNs. With paid VPNs, we only experienced a 40% slowdown.

Many free VPNs have weak encryption that’s easy to compromise, leaving you exposed to cyberattacks or governmental surveillance.

If you have any questions or need help with the VPN app, don’t count on being able to get in touch with a support rep over live chat. In some cases, you’ll be redirected to outdated support guides and forums with vague answers. Other times, you’ll have to send a support ticket over email and it might take days until you receive an answer (if you receive one at all).

For example, many free VPNs don’t have a kill switch. This means that if the VPN connection drops, your real IP address might get exposed and your ISP sees what you’re doing online.

A kill switch is very useful in these situations because it will disconnect your device from the internet when that happens.

Many free VPNs keep logs, meaning they record your IP address. Sometimes, they might even log your browsing data, which they might later sell to advertisers.

Everyone has their own preferences when they choose a VPN that works well in India. While some people prefer having fast internet speeds, others want state-of-the-art security features.