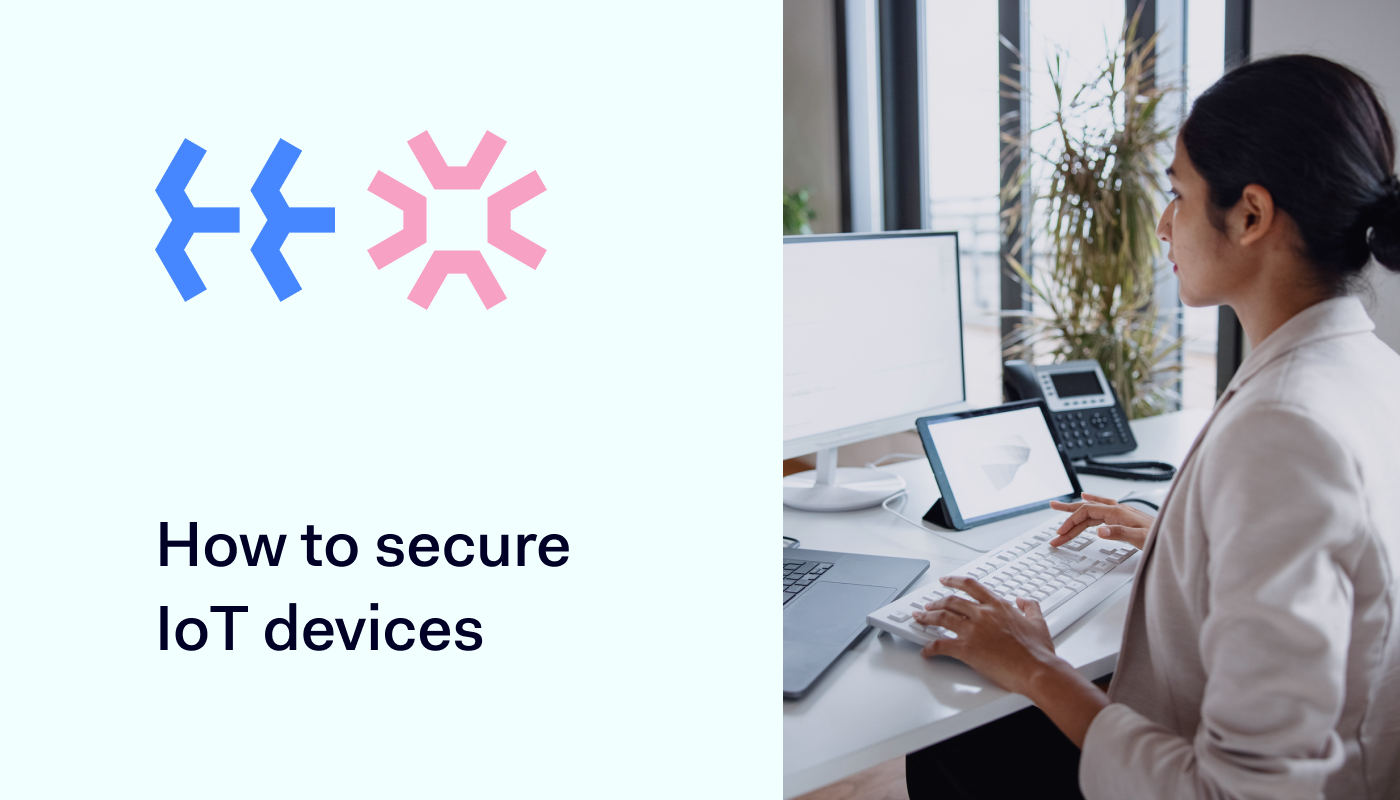 Most people would agree that the IoT (Internet of Things) is one of the best inventions of the century. They are indispensable for our daily lives and bring a lot of benefits to us. These devices can be GPS trackers, heat sensors, surveillance cams, smart door access, and so on. The data that they gather from external environments can be critical for organizational operations, and overlooking the security of these devices isn’t an option for modern-day businesses.

IoT devices’ systems aren’t as advanced as smartphones, routers, or computers, and they employ simpler hardware. By default, they don’t have security tools to safeguard themselves from attacks. Additionally, as time passes their firmware gets old, and requires updates to fix the vulnerabilities and security flaws in these devices.

What Are The Main IoT Security Risks

Increasing usage of IoT technologies presents concerning risks to organizations. They simply are endpoints in private corporate networks and their security flaws and vulnerabilities can be exploited by cybercriminals.

Additionally, compromised IoT devices can be used for Denial of Service (DDoS) attacks which can cause downtime in the systems due to heavy traffic that is generated by compromised devices. Luckily, DDoS attacks won’t conclude with data loss and theft, but downtime in systems can stop organizational operations for a while.

In the worst-case scenario, cybercriminals can use IoT devices’ access to a private corporate network and perform more sophisticated attacks to steal confidential data from their target’s data centers.

On top of these, IoT misconfigurations like outdated firmware and poor passwords create a major risk to businesses and these can be exploited by malicious actors. For this reason, it is really important to apply updates to IoT devices while connecting them to a private corporate network.

Shortly, IoT devices can be weak end-points in a private corporate network and their safety should be a part of the cyber security agendas of all sizes of businesses. Let’s explain how to secure IoT devices via three best practices further.

Mapping IoT devices is really important, and adopting this first best practice is a good start for establishing security for IoT devices inside a private corporate network. What your IT teams should do is map all connected IoT devices and document all of their firmware models, manufacturer ID, serial numbers, and the hardware they use. You can use scanning tools to map every IoT device in your corporate network. On top of this, your teams should define the risk degrees of each IoT device because some of them might gather high-value data. Once you identify IoT devices at high risk, you can implement adequate security measures for these endpoints. Tightening security, especially for high-risk profile IoT devices is a great cybersecurity plan.

See also  Things to Consider Before Starting a Cryptocurrency Exchange

Applying network segmentation can secure IoT devices at high and low risk and that’s why this strategy is widely used by all sizes of businesses. Network segmentation refers to a process of creating sub-networks and multiple checkpoints in a network. For each sub-network, you can combine similar resources and separate each from the others. This way, you can separate most IoT devices from critical resources and data centers. Basically, you will prevent all kinds of harmful traffic from reaching vital corporate resources and data centers.

By applying network segmentation, you will be able to keep possible surface areas of attacks at minimum. Additionally, you can put lateral movement policies in place to strictly prohibit lateral movement between sub-networks, and make sure attackers can’t roam and access vital corporate resources and data centers. Simply, a network segmentation strategy will stop compromised IoT devices before they infect a whole private corporate network.

Offering automated updates might not be an option for some IoT providers, that’s why your IT teams should update these IoT devices regularly. As time passes, these devices’ firmware gets old, and your IT teams should never forget to renew their firmware and apply all necessary patches to them. Additionally, While choosing IoT devices, you should work with providers that offer the latest web applications for using these IoT devices.

Generally, you should always update every IoT device and never presume that these devices will be able to handle evolving security threats. Updates are for keeping the devices up-to-date and fixing vulnerabilities or security flaws that occur in time. So, avoid using any IoT device that hasn’t updated to its latest version.

IoT technology is part of our daily life, and they are indispensable for many organizations as well. But, they present high risks, and IoT devices should be secured. Whether you are a manufacturer, a tech company, or an education blog, you need to pay attention to IoT security risks and make IoT security a part of your cyber security agenda.