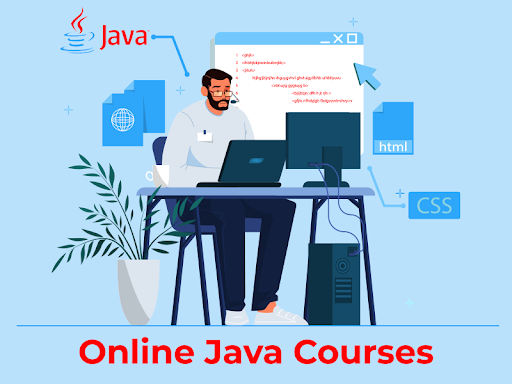 What are core Java and Java?

The term “Core Java” refers to the programming language’s fundamentals. It is the Java programming language feature that is used to create or construct a general-purpose application. Additionally, no one can create complex Java applications without Core Java. Additionally, it utilizes a single-tier architecture, which is why it is referred to as a stand-alone application. Swings, sockets, AWT, the thread idea, collection objects, and classes are all core Java programming concepts. Before we begin preparing for the Core Java interview, it’s important to grasp a few ideas and fundamentals.

Java is a powerful, platform-independent programming language. Java adheres to the WORA philosophy, which stands for Write Once, Run Anywhere. Additionally, the programming language is rather straightforward and simple to comprehend. One should keep in mind, however, that Core Java is not different from Java. In truth, Java comes in a variety of editions, each of which includes Core Java. Instead of referring to the programming language itself, Core Java refers to a collection of libraries. It is the purest form of Java and is typically used for developing general-purpose desktop applications. It is a subset of Java SE technology that includes both general-purpose and special-purpose APIs. It implements Java’s core capabilities with in-depth knowledge of the Java language.

To pass the interview, the candidate must review the complete course’s structure. Java interviews are more diverse than typical programming interviews with technology behemoths and product-based organizations such as Google, Amazon, Microsoft, or Facebook. Additionally, even if it contains inquiries about Data Structures and Algorithms such as String or Arrays, the candidate can still pass the Java interview if he has done the proper preparation. Additionally, a critical aspect of Java interviews is that questions are based on the Java programming language and JDK API. You should also be familiar with the major areas of knowledge, such as:

You Should Prepare Basic Questions

We’ve compiled a list of frequently asked questions for this type of interview. All of these are critical questions if you want to pass the interview. Let us begin:

Things You Must Know

As an illustration, suppose you’re calculating the area of a circle. You would then need to store the circle’s radius in a variable (called the radius) and use it to compute the area later.

Each variable in a Java program has a type assigned to it. The type can be a primitive like a number (in the preceding example, radius has the type double), a built-in class like String, or a user-defined class.

Any of the following types could be used

Within a Java program, a class serves as the blueprint for a concept. It is a container for both behavior and state. Methods are used to express behavior, and member variables are used to indicate state.

A constructor is a particular method within a class that is invoked during the creation of an object. It is invoked using the arguments that were handed in during construction. These arguments are then utilized to properly initialize the object.

A method on an object is a representation of certain behavior. It may compute and return a value, in which case a return type is specified. Alternatively, it may just update the object’s state. This is defined with a void return type in this situation.

Additionally, a method can accept arguments that are used during the computation.

Java web frameworks are the industry-leading solutions for developing mobile applications with the most functionality and the least amount of code.

They facilitate the development and deployment of web applications on the World Wide Web, including web services, web resources, and web APIs, in a consistent manner. Spring MVC and Play are two of the most powerful frameworks available.

You must have a thorough understanding of these tools, as a large number of mobile applications today are built on Java web frameworks.

As your application grows in size, maintaining it and writing automated tests, such as unit and integration tests that require the application to be started, becomes more challenging. Java applications are slow to deploy and assemble.

At this point, unit testing tools such as JUnit and TestNG come into play. These frameworks assist you in writing automated tests more quickly by providing a simple syntax and immediate feedback on passed tests.

You must have a thorough understanding of at least one of these tools. Almost every firm uses a testing tool for application testing.

To address this issue, Java EE contains the Servlet and Java Server Pages APIs, which enable the tracking of user activity via cookies stored in the user’s browser.

These APIs streamline and provide the optimal solution for these types of issues. Servlets, Java Beans, and Java Server Pages are just a few of the Java EE components that are critical.

DevOps expertise is a prerequisite for excellent Java skills. Continuous integration (CI), continuous deployment (CD), and the role of Jenkins in both processes are critical elements for a good developer to grasp.

A thorough understanding of key DevOps tools such as Docker, Chef, Kubernetes, Maven, and Jenkins is even more critical for senior engineers, whose responsibilities generally include the following coding best practices and producing guides and scripts.

Java Developers are in High Demand

Java has been a dominant programming language ever since it was launched. It is a compiled language which makes it a great choice for cross-platform applications such as web apps and server-side programming, and thus if you learn Java using any of the online Java Tutorials, it might be beneficial for your career. Even with new languages entering the market, demand for Java developers remains high. Java is one of the most in-demand programming languages in the job market with ever-increasing popularity behavior.